Dependency and withdrawal symptoms have been reported in individuals who take more than the recommended dosage, so limit your use to avoid phenibut addiction. [2]

Phenibut improved blood flow in the brains of rats, which resulted in reduced motor and sensory deficiencies related to stroke. [3] [4] It also decreased symptoms of amnesia in rats exposed to high voltage shocks. [5] In addition to alleviating nerve pain, phenibut appears to defend neuroblastoma cells against hydrogen peroxide damage. [6] [7]

Phenibut is able to promote relaxation without drowsiness. [37]

In passive avoidance tasks, Phenibut showed enhanced learning and memory. [34] It also enhanced the performance of mice during swimming and rotating rod tests. [34].

One study suggests this is because it may activate dopaminergic processes which cause sedation. [34]

In combination with nitric oxide, phenibut reduces heart rate and contractility in animals under stress. [15] [16] When paired with nicotinic acid, phenibut can prevent blood flow disturbances in animals following a stroke. [17]

In one study, phenibut decreased alcohol-dependant rodents’ urges to drink while protecting their bodies from alcohol-related damage. [21] [22]

Unlike GABA, Phenibut HCL can cross the blood-brain barrier (BBB). [34] This is due to the addition of a phenyl ring to its basic structure. [34]

Phenibut was designed to resemble a chemical called gamma-aminobutyric acid, or GABA. The human brain naturally creates GABA, which produces a calming effect on the body. [27] The addition of a phenyl group in phenibut allows supplemental GABA to cross the blood-brain barrier. [28]

However, unlike antidepressants such as SSRIs, phenibut shouldn’t be taken every day.

A phenibut overdose could also cause drastic drops in body temperature. [30]

Documented withdrawal symptoms include elevated  Due to its potential for abuse, phenibut should be taken with precaution.

Be the first to review “Phenibut” Cancel reply 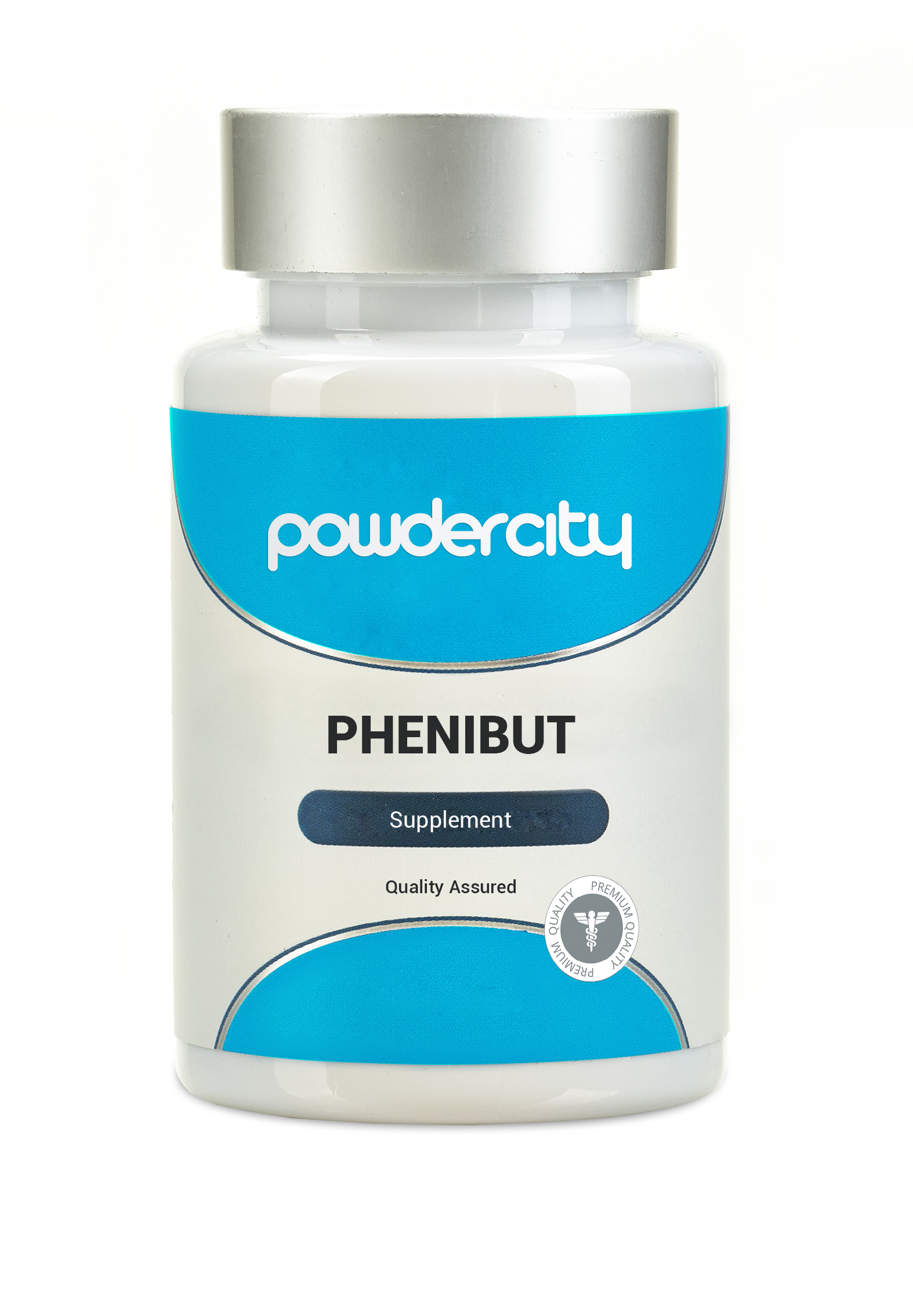