Sulbutiamine is a nootropic that provides thiamine, also known as vitamin B1, to the body. Sulbutiamine calms anxiety and improves memory formation and mood.

When sulbutiamine is used as a pre-workout, and stacked with caffeine, it can help boost alertness and promote feelings of energy and focus. [1]

In rat studies, sulbutiamine prevented neurons from dying from oxygen and glucose deprivation, commonly caused by heart attacks and strokes. [2, 3] It may do this through antioxidant activity, by stimulating the cell to use its available energy more efficiently. [4]

Studies with subutiamine in people with depression show good behavioral outcomes without serious side effects. [5]

There is some limited evidence that sulbutiamine can help with diabetes and with glucose balance. [6] Though trials in mice did not show improvement, their nerves did, implying that taking sulbutiamine long term could be the way to go when treating diabetes. [7, 8]

Thiamine stimulates the release of GABA, a neurotransmitter that is involved with mood, sleep, and alertness. GABA also regulates anxiety, helping to calm down the brain. [9]

Studies on sulbutiamine indicate it may be an alternative to acetylcholinesterase and improve memory retention and mood in early-stage Alzheimer’s patients, which may slow the progression of the disease. [10,11]

Thiamine supplementation is also associated with reduced plaque formation in the brain and boosted glucose metabolism, which are linked to Alzheimer’s symptoms. [12, 13]

Thiamine supplementation with sulbutiamine is known to be helpful with asthenia and has been studied in people with chronic fatigue syndrome.[14, 15]

In studies, men given thiamine supplements (not sulbutiamine specifically in this case) experienced better blood flow to their penis, and more energy for sexual activities. [16]

Sulbutiamine’s mechanism of action involves it being transformed into thiamine in the body, a brain chemical that regulates metabolism and mood. It affects the receptors in the brain that are triggered by choline and dopamine, encouraging the brain to use – and reuse – these chemicals more efficiently. [2]

However, due to the addictive nature of sulbutiamine, you should be careful when taking it long term.

Always consult your doctor before supplementing with sulbutiamine.

Physical side effects include nausea and/or skin rash. Because the stimulant effects may raise blood pressure, sulbutiamine headaches can occur as well.

Mental side effects may be problematic. You can also build up a tolerance to sulbutiamine, and even become addicted to it.

Unlike sulbutiamine, building up to higher dosages of phenibut can lead to severe adverse effects, including intoxication, and can interact with alcohol, narcotics, and prescription drugs. [18]

Stacking choline with sulbutiamine can improve the effectiveness of both for improving memory. [10]

Be the first to review “Sulbutiamine” Cancel reply 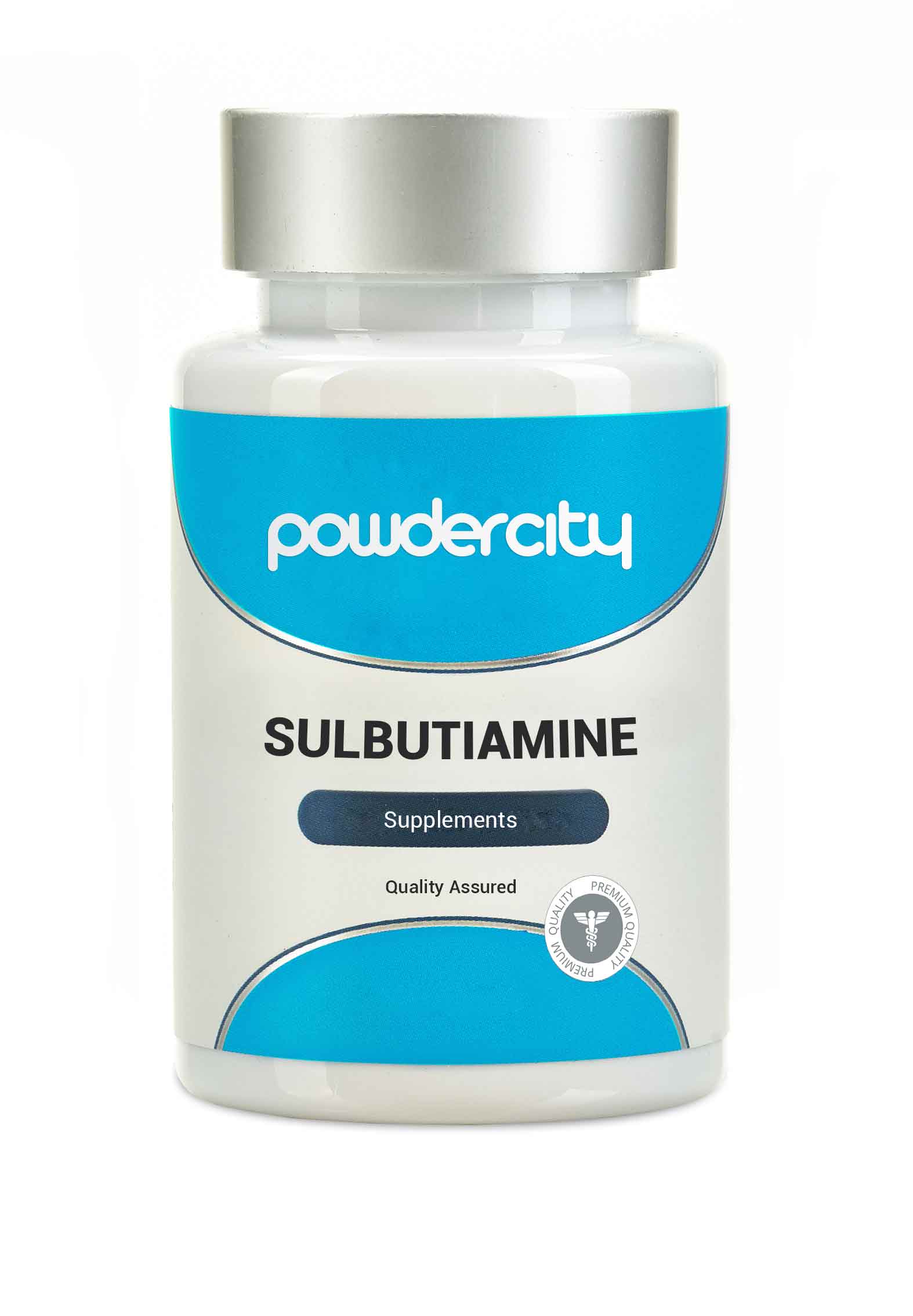