Valerian (Valeriana officialis) is a common garden plant, whose root is used as a mild sedative to calm anxiety, and reduce the feeling of stress. Many find Valerian to be useful in reducing their anxiety or helping them sleep. [2]

Valerian calms down the mind and causes drowsiness, making it easier for people to fall asleep. Using valerian root for sleep problems that come from other sources, such as menopause, appears to be especially effective. [3, 4, 5, 6]

Some studies measuring the sleep patterns of people with insomnia did not find any change in measured sleep patterns, though the people felt that they were sleeping better. [7]  This study was small, however, and the emotional root of insomnia – which valerian may be helping with – is difficult to measure. [8, 9, 10]

Because of its calming effects, valerian root for anxiety is another common use for this herb.

Valerian root increases GABA levels in the brain, helping reign in feelings of fear and worry, and tones down the compulsive and ruminating behaviors that make up a large part of clinical anxiety. [29]

Valerian appears to be particularly effective for menstruation-related pain, possibly because it helps the muscles of the cervix, the cause of the cramps, to relax. [11, 12]

Valerian root extract may help reduce the intensity of the uncomfortable sensations known as “hot flashes,” as well as the sleep problems that sometimes come with menopause. [13, 14, 15]

Valerian root extract targets the same receptors in the brain as benzodiazepine, and has similar, milder effects. [16]

Valerian may reduce levels of cortisol – a hormone associated with stress – in the bloodstream, which limits the ability of neurons to heal and regenerate. [17]

Valerian may also influence glutamate receptors, adenosine and serotonin receptors. [19] Though these other mechanisms are not fully understood, they may add to the sedative and calming effects of valerian. [20, 21, 22, 23, 24]

Valerian does not usually cause serious, life-threatening problems, even at high doses. [2]

Valerian root interacts with alcohol, benzodiazepine, Xanax, sodium oxidate, and other sedatives as it affects GABA and because it affects the ability of the liver to break down medications. [26]

Valerian and the liver

Because valerian affects liver function, you should not take valerian if you have liver disease. [27]

Although valerian root appears to be safe for use in children, expectant mothers should consider weaning themselves off of valerian root for the duration of the pregnancy while this is still unknown. [1]

Be the first to review “Valerian Root” Cancel reply 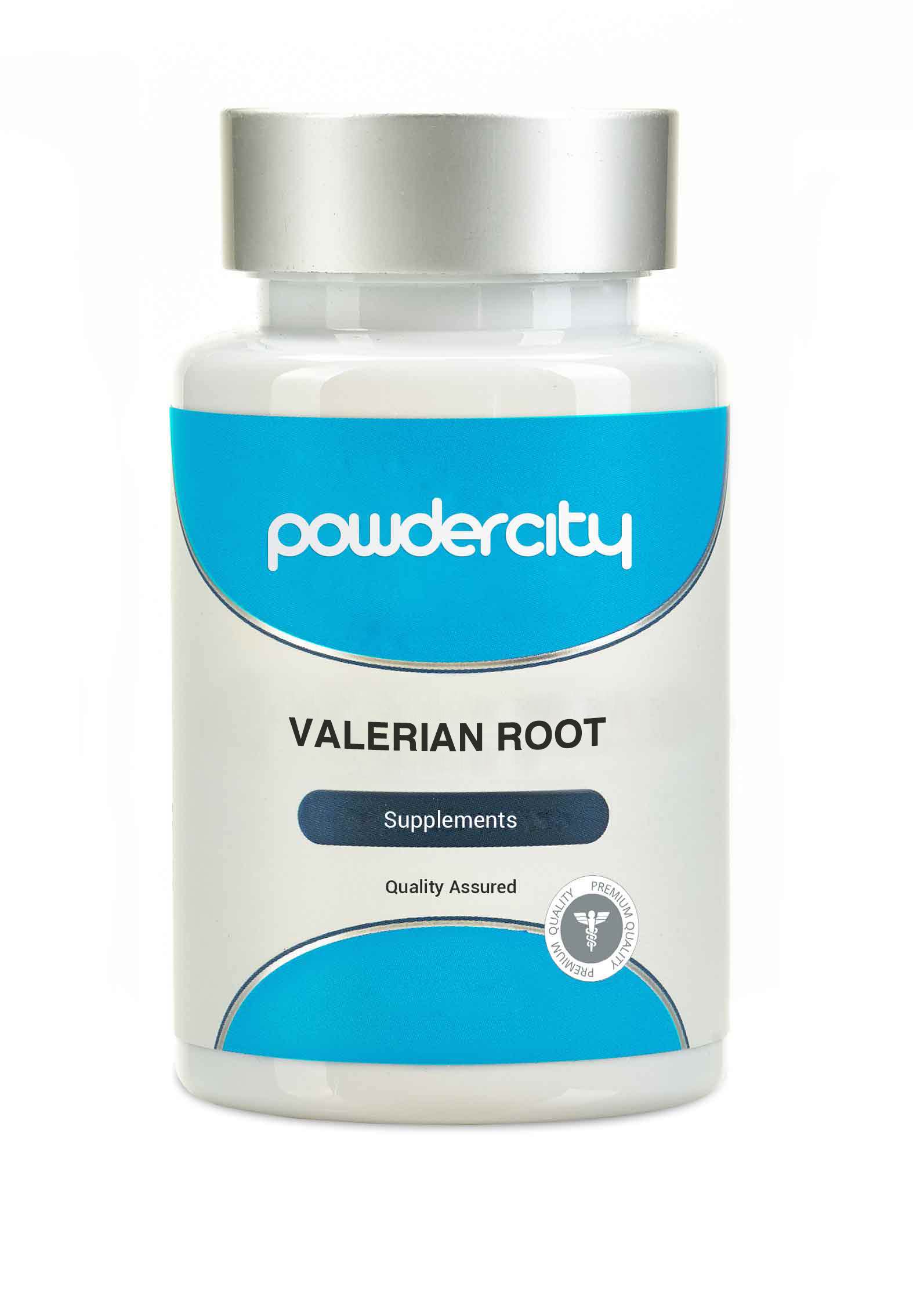