Turmeric is produced from the root of the turmeric plant and contains a primary active ingredient called curcumin, the main source of its biological benefits. [1]

Tumeric comes in the form of tablets, pills, teas, extracts, powders, and pastes. [2] Some research has been dedicated to the preparation of turmeric oil, which has proved effective to treat oral submucous fibrosis. [3]

Turmeric was found to inhibit a pro-inflammatory mediator in lung tissue called interleukin-8 (IL-8). [4] Other work highlighted turmeric’s inhibitory effect on COX-2, LOX, and iNOS; these enzymes are associated with inflammatory processes of some cancers and inflammatory disorders. [5]

Turmeric may act on Cyclooxygenase-2 (COX-2) levels in the body, which is also a target of chemo preventive agents. [6]

Rat studies have shown the inhibition of chemically induced carcinogenesis in the skin, stomach, and colon especially during the initiation and post initiation stages. [7]

Reports show that certain Indian villages consuming turmeric as a regular part of their diet have a reduced rate of occurrence of Alzheimer’s disease. Their rate is only 25% of the rate in the United States. [8]

Turmeric as a treatment for gastrointestinal diseases has been investigated. Patients reported a reduction in symptoms through their patient diaries, while inflammatory markers reduced to normal levels. [9]

As an antioxidant turmeric has the ability to release an electron to a free radical, thus bringing stability to the system. [10]

Turmeric works against inflammation by affecting the production of enzymes that make prostaglandins like prostaglandin E2. The specific pathway turmeric blocks is the cyclooxygenase-2 (COX-2) pathway. [10]

Turmeric blocks NF-kB reactions thus preventing them from turning on genes at a cellular level. [14] Turmeric has also been shown to work on the tumor necrosis factor (TNF-a). [11]

Turmeric (in the form of curcumin) dosages up to 10,000 mg/day have been administered without any observable dose-limiting toxicity. [12] Oral dosages, used in trials, range from 2,000 – 4,500 mg/day. This daily dosage is broken down into 2 or 3 smaller quantities spread out over the twelve-hour day. [13]

Some patients have experienced nausea, dizziness or diarrhea when taking turmeric. [14] Any signs of side effects should be discussed with a medical practitioner.

Turmeric inhibits iron uptake in the intestine. Studies have shown that this inhibitory effect can be quite substantial. [15]

Consult a medical physician when unsure of the compatibility of turmeric with existing medical regimes. [16] Pregnant women should also avoid taking turmeric as blood thinning can cause complications during birth. [17]

Piperine is a common partner for turmeric because piperine improves the turmeric uptake by up to 2000%. [18]

Turmeric with glucosamine is used by people participating in hard and heavy training sessions. [19] Some trainers recommend adding turmeric to your protein shake to manage exercise-induced inflammation. [20]

Be the first to review “Turmeric” Cancel reply 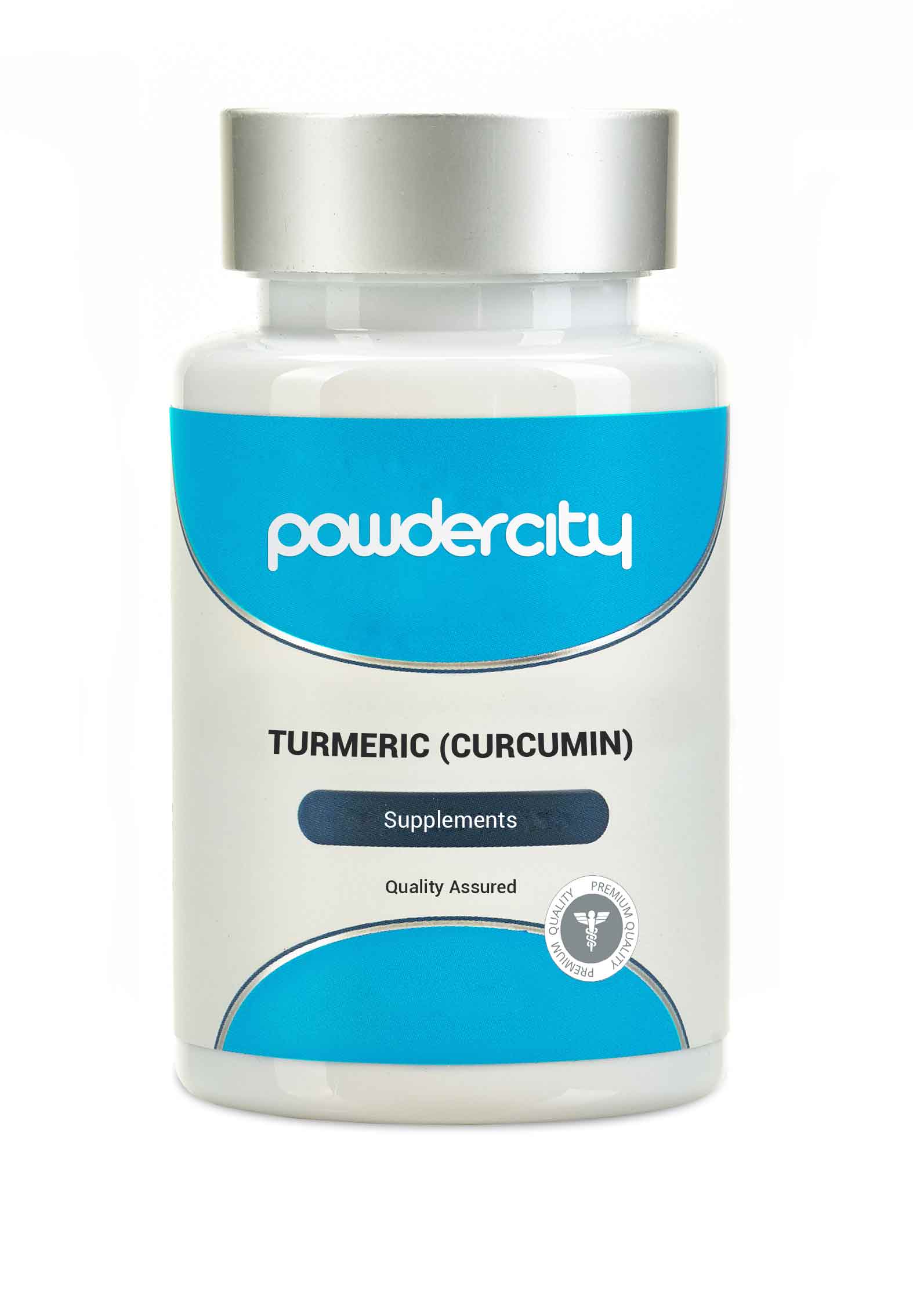