Theobromine is considered to be an alkaloid, which means that it is a nitrogen-based compound.

Theobromine can be found in a number of different chocolate products like cocoa and other dark chocolates. In fact, the darker the type of chocolate, the higher the concentration of theobromine. This compound is also found in a variety of other plants like tea and guarana [4].

Theobromine supplement is noted to have benefits that are similar to those of caffeine; however, it is not as strong. It is considered to be a stimulant, although it does not affect the central nervous system. Sometimes this supplement is even used to help relax the bronchial muscles in the lungs, by acting on the vagus nerve which runs from the lungs to the brain [1].

Theobromine has been known to help with a number of vascular conditions like hardening of the arteries and insufficient blood flow to the heart [3]. Theobromine also reduces insulin sensitivity and blood pressure. This is a current topic of research, but results are both notable and promising thus far [3].

Theobromine increases nitric oxide synthesis within the body. This helps to give you a better pump, especially when used as a pre-workout supplement. Theobromine is also a natural diuretic, which can be helpful during a cutting phase as alternative to harsh pharmaceutical chemicals. As with most forms of chocolate, this supplement can also help to increase your mood and overall positive mental outlook [4].

A typical dosage is 500mg (1 level 1cc scoop) of theobromine supplement per day. This can be taken almost anytime during the day, but it is great as a pre-workout supplement.

Be the first to review “Theobromine” Cancel reply 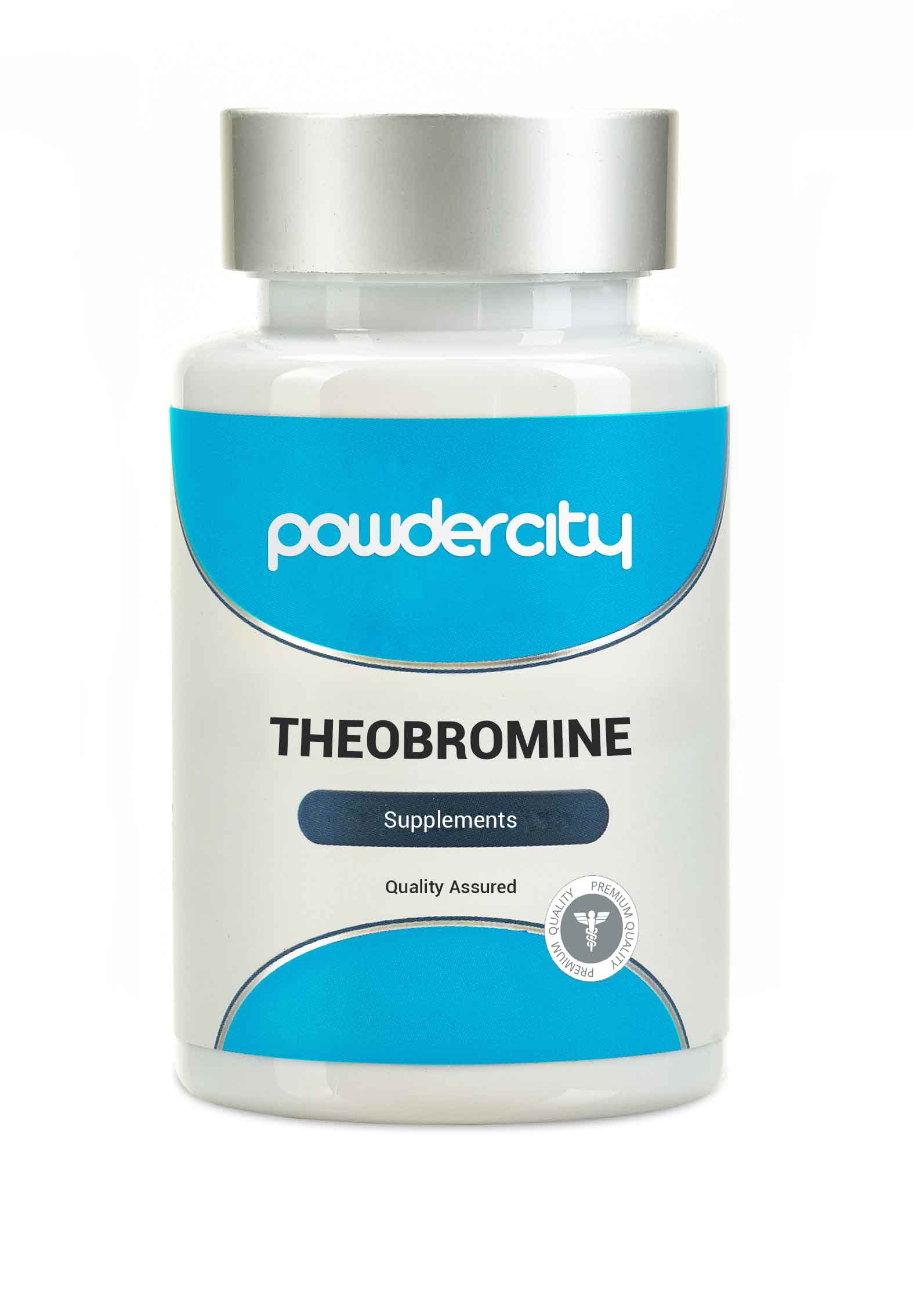