Synephrine is a naturally occurring compound found in plants, [1] and used today to provide relief from temporary stomach discomforts, like constipation, indigestion, and nausea. [1] [2]

While synephrine is a mild stimulant, its effects appear to be more physiological than psychological in nature. [4]

In rats, joint administration of bitter orange and rhodiola roseasignificantly reduced food intake after a 24-hour period of food deprivation. [6]

In this study, the reduction in appetite did not result in an increase in kaolin intake.

Thus, the suppression of appetite in rats after food deprivation can be attributed to the bitter orange and rhodiola roseaconcoction. [6]

Synephrine readily binds to the  neuromedin U2 receptor, as it has been found to have a high affinity for it. [8] Administration of synephrine contributes to appetite suppression in rats and humans, alike. [6] [10] [11]

Increasing the Rate of Lipolysis

Synephrine also helps with weight loss by improving insulin resistance in adipose tissue. [12] [13] By inhibiting insulin, synephrine is able to stimulate the rate of lipolysis.

In a human study, 10 subjects were administered a 50 mg oral dose of synephrine. After 75 minutes, the resting metabolic rate increased by 65 kcal in the synephrine group compared with the placebo group. [16]

In the realm of thermogenics, bitter orange has become the favored alternative to dietary supplements containing ephedra. [14]

Synephrine inhibits gastrointestinal movement, which in turn, provides abdominal relief. [2] In addition, bitter orange prescription was found to be superior than placebo in the treatment of indigestion. [20]

In two separate human studies subjects felt improved readiness to perform and perceived the prescribed workout to be less strenuous after synephrine intake. [4] [22]

Synephrine acts on the liver’s metabolism. [5] [12] Synephrine targets the metabolic processes responsible for the breakdown of glucose and glycogen. [25] [26] Also, synephrine contributes an inhibitory role in the conversion of carbohydrates into lipids. [25] [26]

Dietary supplementation with synephrine also offers a stimulatory effect. [4] [21] Synephrine influence epinephrine and norepinephrine levels by acting on adrenoreceptors in the liver. [5] [12]

For weight loss, a synephrine dosage should not exceed 70 mg when it is administered alone. [9] According to the Intertek-Cantox Report, 70 mg of pure synephrine is unlikely to cause adverse effects. [9]

If taken in conjunction with 320 mg of caffeine, the synephrine dosage should not exceed 40 mg per day. [9]

It is common to see synephrine in weight loss pills and pre-workout supplements. [9] [25]

While healthy individuals are unlikely to experience such side effects, pre-existing medical conditions, like diabetes, high blood pressure or heart arrhythmia, may put you at higher risk if you decide to take synephrine. [27]

Other mild side effects include dizziness, headaches, restlessness, tremors, and sweating. 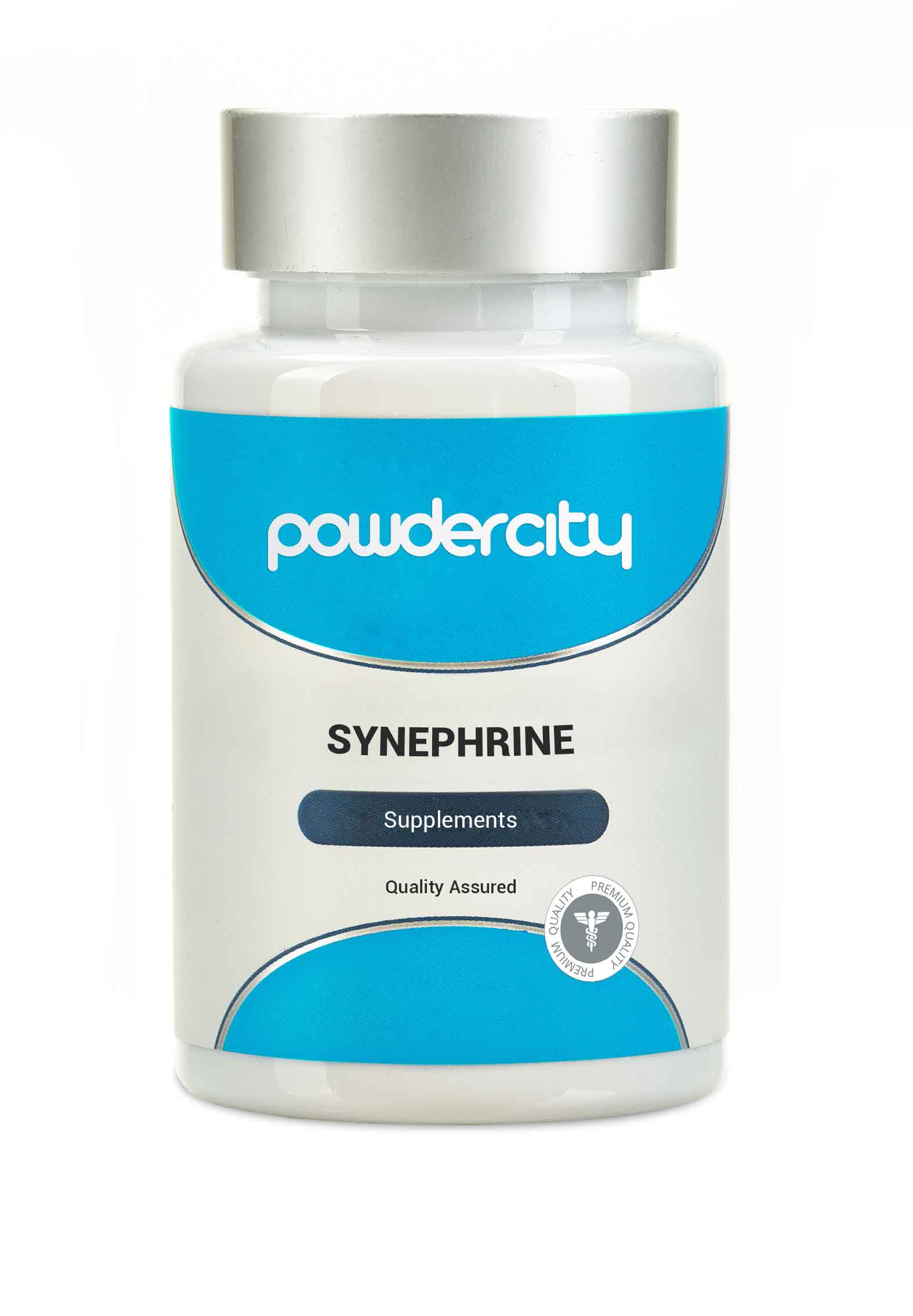