At the core, most nootropic users are after one thing: a brain that operates more efficiently and effectively. Whether it’s learning faster, retaining more information, or simply being primed for optimal basic functioning, if there’s a good way to improve what’s already working, it’s open for discussion.

This search for the top nootropics to improve cognition has brought many new products to light, including sunifiram. Though sunifiram is relatively young compared to most nootropics, available studies and anecdotal user comments are exciting and drawing comparisons to long time nootropic heavy hitter piracetam, but with almost 1,000 times higher potency.

Sunifiram’s ability to improve memory and improve overall cognition have made it one of the top nootropics available today.

Sunifiram, also referred to as DM-235 in scientific reports, is a piracetam derivative, which may explain the common association with the racetam class. However, sunifiram isn’t part of the racetam class due to certain portions of the structure changing in the derivative process.

Like racetams, sunifiram works by enhancing AMPA receptors in the brain, which are related to the brain’s synaptic transmissions and found throughout the nervous system.  Since these receptors are so common and the function is so essential, maximizing operation of the AMPA receptors via nootropics is a one way ticket to cognitive enhancement [1].  Sunifiram also stimulates release of acetylcholine, a chemical created by the brain that is critical to memory function [2].

How Sunifiram Benefits You

When you look at the benefits of sunifiram, you start to see why it draws comparisons to the most popular nootropics available. From students to the elderly, it has something to offer for everyone.

As mentioned above, sunifiram has potency much higher than the average racetam-like nootropic. This results in much lower doses required to achieve the desired effect. Recommended doses are around 0.08-0.16mg/kg of bodyweight. However, the recommended range above is rather wide when extrapolated out, with one end being double the other, so as with all nootropics, a lower dosage is recommended at first with small increases until it reaches maximum effectiveness. For a 150lb person, this would translate to 5.4-11mg.

Be the first to review “Sunifiram” Cancel reply 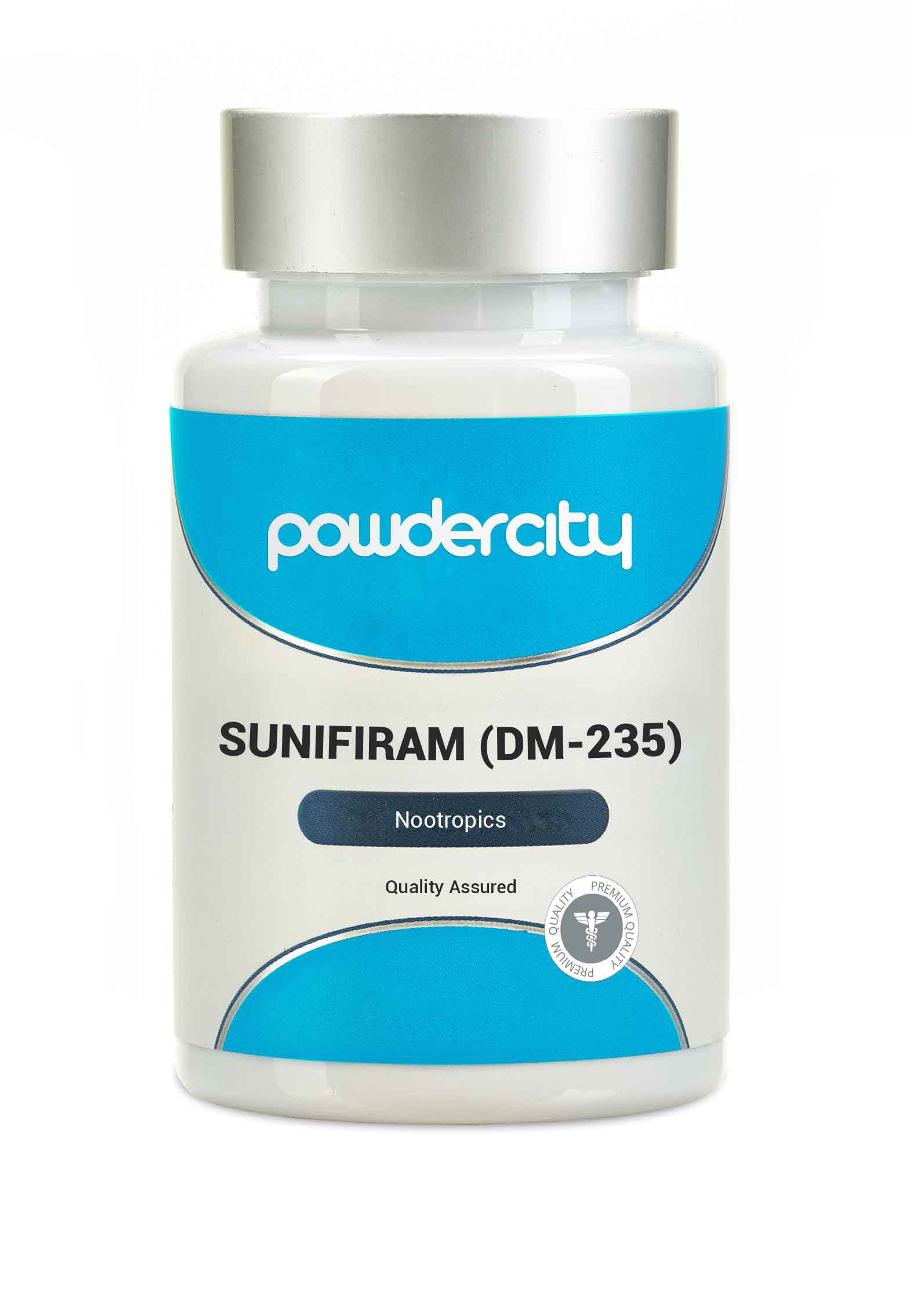