Sarcosine, is a non-protein natural amino acid present as an intermediate during the stages of glycine synthesis and degradation [1,2] Sarcosine is broken down through action of sarcosine dehydrogenase to glycine. [2]

Sarcosine was shown to benefit patients with long-term stable disease and also those individuals with schizophrenia [3].

A single dose of sarcosine injected into animals demonstrated the anti-depressant effects of sarcosine as enhancing the AMPA receptor [6] No research has linked sarcosine to anxiety or social anxiety, and this should not be concluded from sarcosine’s role in depression.

A six-week clinical trial pilot study of sarcosine, aimed at evaluating the efficacy of sarcosine in treating children with ADHD. Researchers concluded that sarcosine might possibly be an agent for treating ODD in an ADHD context [9].

Sarcosine and D-serine were documented, in a schizophrenia context, as enhancing social memory in naive rats [10] More research is necessary to fully evaluate sarcosine’s role in memory.

Comparisons of D-serine and sarcosine have shown that sarcosine treatment in patients with chronic schizophrenia is superior to that of D-serine. [11,12].

Sarcosine has been compared to ketamine. Results have shown that N,N-dimethylglycine (DMG) – which is a safe and non-toxic [13] precursor of sarcosine reverses ketamine-induced psycho-mimetic behaviors.

Sarcosine and cyanamide both work together to form creatine [15, 16]. Creatine can provide energy requirements for vigorous muscle contraction, including improving physical performance. [17]

The rare autosomal recessive metabolic disorder, sarcosenemia, has been considered a harmless effect [18].

Dosages of 2 and 4 grams/day [19] been described as being tolerable. In addition, no significant events or abnormalities were observed over a week [19].

Other work has described sarcosine at a dosage of 2 grams per day as being well tolerated [20]. A double-blind study showed daily dosages of 1 and 2 grams of sarcosine, over 6-weeks showed minimal side effects and was well tolerated [21].

Experiments on evaluating what sarcosine can be supplemented with (stacked) have not been confirmed. Literature on ‘stacks’ has not been fully established, and one should not confuse D-serine and/or glycine – or any other structurally similar metabolites – as potential stacks with sarcosine.

Be the first to review “Sarcosine” Cancel reply 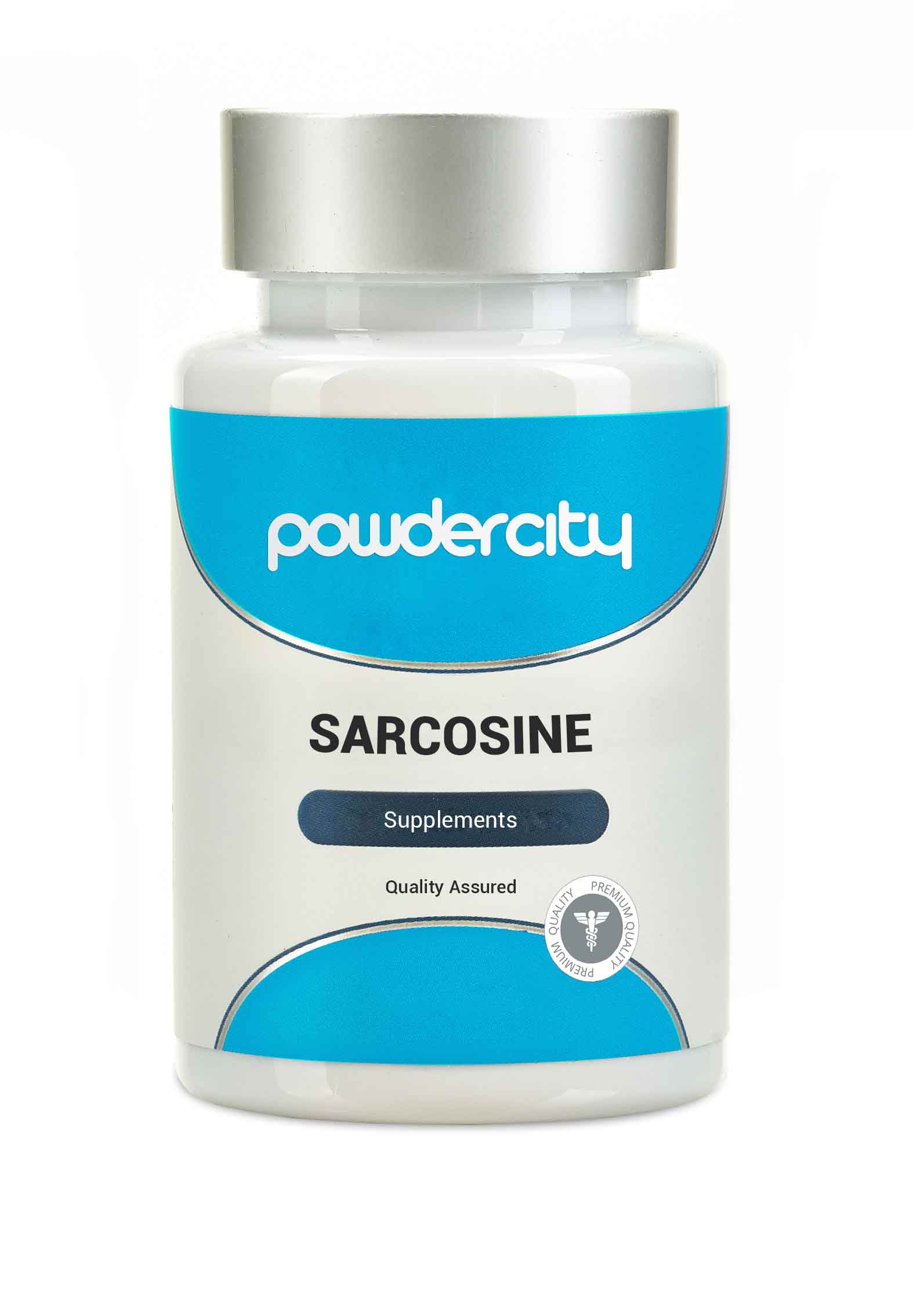