Rutaecarpine is a compound isolated from the berries produced by Tetradium ruticarpum (also sometimes referred to as Evodia rutaecarpa) which is a tree found in China and Korea. It has a long history of usage in traditional Chinese remedies.

Rutaecarpine has one very unusual function: it counteracts caffeine. [1,2]

Supplementing with Rutaecarpine may be much better at eliminating caffeine. This means you can consume caffeine later in the day without disrupting your sleep. Caffeine has a half-life that can last up to 7 hours [3] which can inhibit your ability to rest. Rutaecarpine helps to reduce this, by increasing the breakdown of caffeine within the body.

Rutaecarpine’s main function is reducing the unwanted effects of caffeine. Rutaecarpine also acts as an anti-inflammatory. [4] It does this by inhibiting COX-2 (cyclooxygenase-2), the enzyme responsible for inflammation. [4]

Rutaecarpine can induce vasorelaxation [5] along with a positive effect on nitric oxide formation. [6]

The above benefits make Rutaecarpine an even better choice for including in a pre-workout mix. Dose caffeine first, then after the caffeine starts working take a dose of Rutaecarpine so that the caffeine is eliminated after your workout ““ all while reaping the additional benefits.

Rutaecarpine increases the workings of the CYP1A2, CYP2B, and CYP2E1 enzymes. [7,8] This is also the mechanism that allows Rutaecarpine to eliminate caffeine so rapidly. If you take other substances that are metabolized by these enzymes Rutaecarpine will heavily decrease their half-lives.

If you are not sure if any compound you are taking is metabolized by one of these enzymes, please consult a health care professional.

Other side effects have yet to be fully described.

Take up to 100mg twice a day on an as-needed basis for caffeine elimination or other health benefits.

Be the first to review “Rutaecarpine” Cancel reply 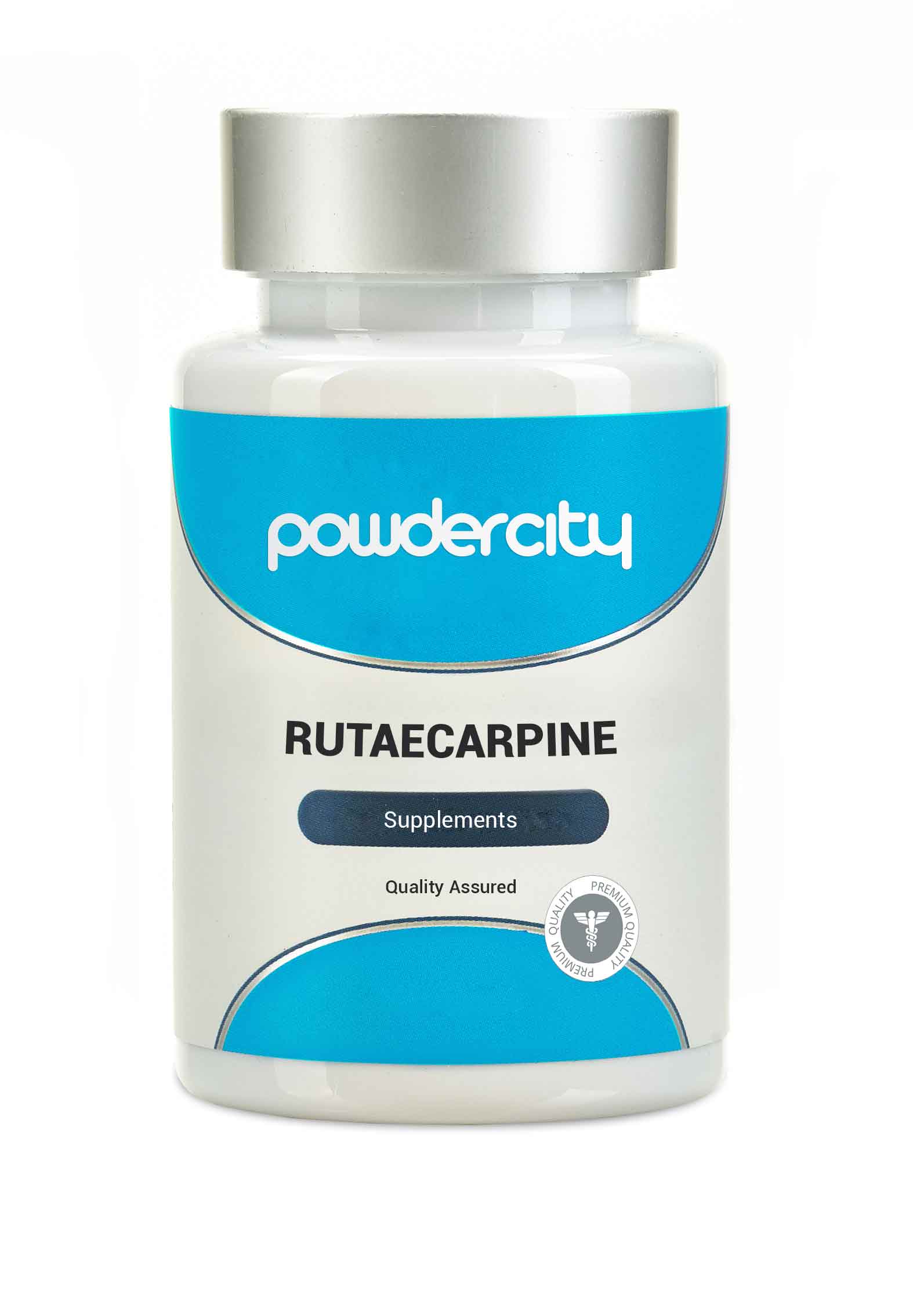