What Is Rhodiola Rosea?

Rhodiola is an herb that appears in Chinese and Scandinavian therapeutic history, it is found at high altitudes in northern Europe and Russia, and can also be found on some North American coastlines. [1]

This extract has adaptogenic properties and is thought to promote longevity, reduce fatigue and lessen the physical and mental effects of stress. [2]

The root of this herb contains a number of compounds. Among these are tyrosol, rosin, rosarian, rosavin, and salidroside. [10] Tyrosol promotes cellular health and is thought to be the main active ingredient that gives this root its benefits. Rosin, rosarian, and rosavin “” collectively known together as “˜The Rosavins”™ “” are glycosides found in the Rhodiola Rosea plant and also contribute to its effects, along with salidroside. [10]

This supplement is an adaptogenic compound, meaning that it can promote healthy energy levels and relaxation. [1] An increased time to exhaustion was found to be a consistent benefit thought to be caused by reducing the perception of tiredness. Not only can this supplement promote relaxation, but it can also benefit mental performance.* [3]

This supplement can also lead to an boost in the senses in well-being or contentment. [4] This adaptogen is highly serotonergic, meaning that it increases serotonin. [6] Along with a benefit to mood, significant boosts in social and work functions were also noted.* [9]

Studies show benefits to the capacity for mental work while supplementing with Rhodiola Rosea. [7] One particular study found that performance on work-related tasks increased by approximately 20%.* [8]

Tyrosol, salidroside, and “˜The Rosavins”™ all confer cellular health benefits to the body, and supplement the health of bone cells, red blood cells, neurons, fibroblasts, and liver cells. [5] An additional benefit may be protection from excitotoxicity, which is the pathological process by which neurons are damaged and killed by overactivations of receptors such as the NMDA receptor and AMPA receptor.* [11]

Muscle recovery is also aided by using this extract, as it reduces lactate production within the muscles, which is what causes muscles to feel sore. [5]

Be the first to review “Rhodiola Rosea” Cancel reply 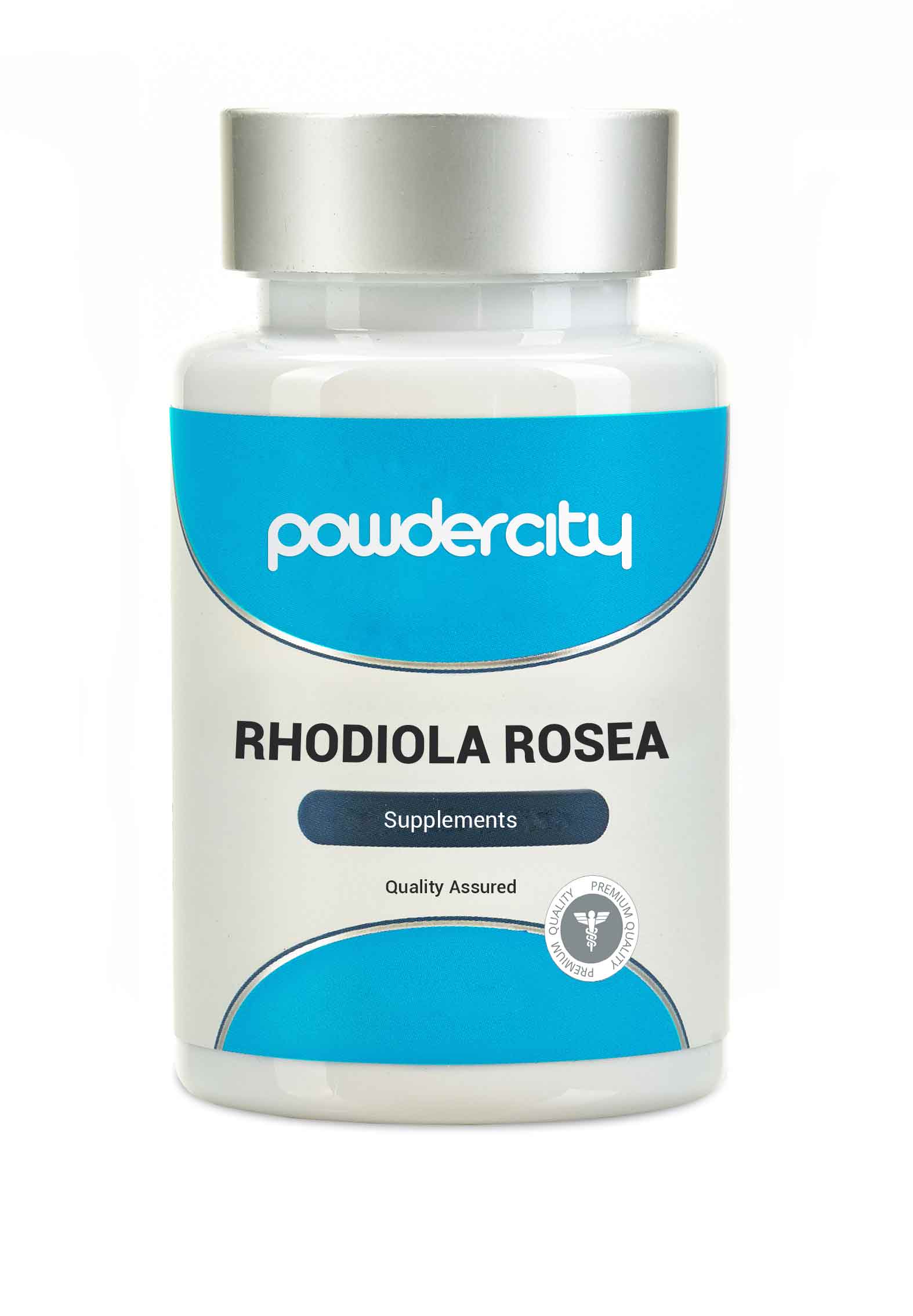