EEG data from patients taking a piracetam supplement for six weeks revealed a shift in alpha-waves from the frontal lobes to the occipital regions of the brain. [6]

Bypass patients administered a 12 gram injection of piracetam before and after surgery showed less neurodegeneration than control groups. [7][8][9]

Patients With Neurodegeneration Due to Alcohol Abuse

Optimal piracetam dose was determined to be 2,400mg daily for two months. [13] Piracetam may also reduce depression symptoms in patients with cerebrovascular disorders. [14]

Piracetam can help with involuntary movements associated with schizophrenia, [15] and help protect the glutamatergic receptors in the hippocampus of schizophrenia patients. [16]

Piracetam was able to reduce this pain by up to 41% in a rat study. Piracetam also curbs toxin-related glutathione reduction in mice. [18]

65 percent of soldiers with acute acoustic trauma, given a combination of piracetam and prednisone experienced no long-term hearing loss. [19]

Piracetam may improve epilepsy symptoms in one, six and 12 month intervals. [20]

Low doses of piracetam can reduce occurrences of breath-holding spells in children between the ages of 5 months and 5 years old. [21][22][23]

Piracetam has demonstrated antithrombotic properties in rodents and humans. [24]

Piracetam modulates AMPA receptors and lowers acetylcholine in the brain, both linked to memory processing [25,26,27].

Piracetam presumably boosts cognition by increasing glucose and oxygen consumption in all regions of the brain. [28]

Piracetam has proven to be non-toxic in doses up to 12g daily over an eight week period. [33][34]

Patients with removed adrenal glands will not benefit from taking the supplement. [37]

In animal studies, combining choline with piracetam resulted in improved memory and cognition [38].

Piracetam and choline together may increase the memory and cognitive effects of both drugs in elderly patients with slight cognitive impairments. [39][40][41]

Be the first to review “Piracetam” Cancel reply 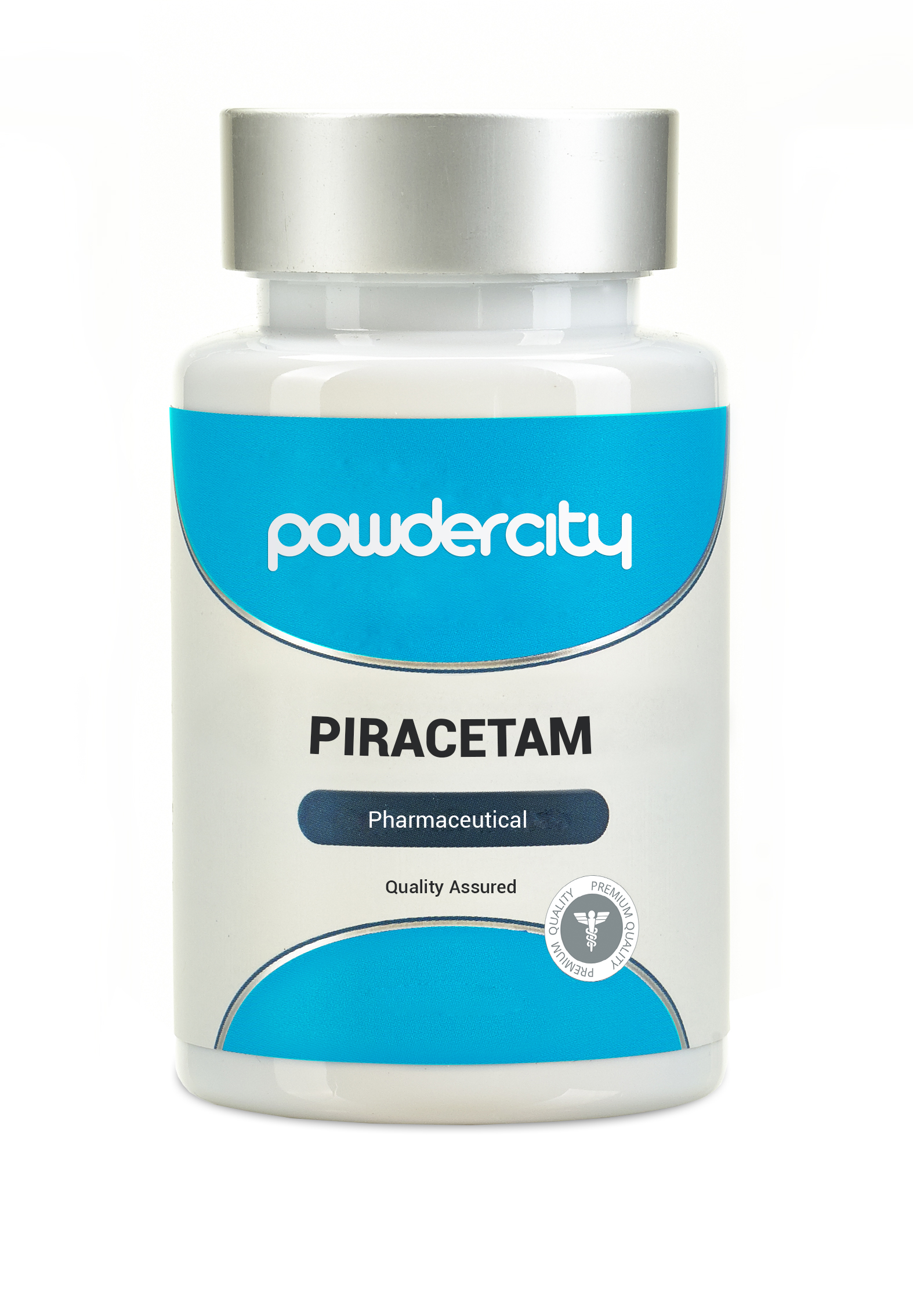