Picamilon consists of two metabolites: Niacin and GABA. GABA is an important amino acid that serves to transmit inhibitory impulses to the CNS. [5]

Picamilon, pre-workout, improves blood flow and oxygen consumption. The optimal picamilon dosage for sleep is less than 100 mg; higher doses are likely to cause sleep disturbances.

Picamilon can be used as nutritional support by individuals who wish to improve mood and energy levels. [5] Picamilon has also been shown to increase concentration and focus for many individuals[8]

Picamilon lowers anxiety by providing the brain with extra GABA [3] Picamilon is also believed to be an effective antidepressant. [4]

Enhancing Memory and Protecting the Brain

Promoting Blood Flow to the Brain

In a comparative study, picamilon was more effective than piracetam and vinpocetine at increasing blood flow to the brain. [10]

In a study of diabetic rats, picamilon successfully reduced neuropathy, or nerve inflammation. [12]

In studies, 50-400 mg/day have proven effective for various conditions. Recommended adult dose is initially 50-100mg/day, increasing if needed to a maximum dose of 200mg in the morning and 100mg in the mid-afternoon.[8]

Picamilon capsules are available, along with picamilon sublingual lozenges. Picamilon powder is water soluble, mixing well with most beverages including juices and smoothies.

The effects of picamilon occur within 1 hour. 4-6 hours should be given between doses to allow picamilon to work.

Picamilon may cause mild dizziness and nausea. [14]. Allergic reactions and skin rashes occur rarely. In high doses, picamilon can cause drastic drops in blood pressure, which can be dangerous for users with hypotension. [15]

Avoid taking picamilon with other drugs that affect the GABA receptors. Mixing picamilon and alcohol is particularly dangerous because it can exacerbate the negative effects of both substances.

In the US, there is no law prohibiting individual possession or consumption of picamilon. It can be purchased online. 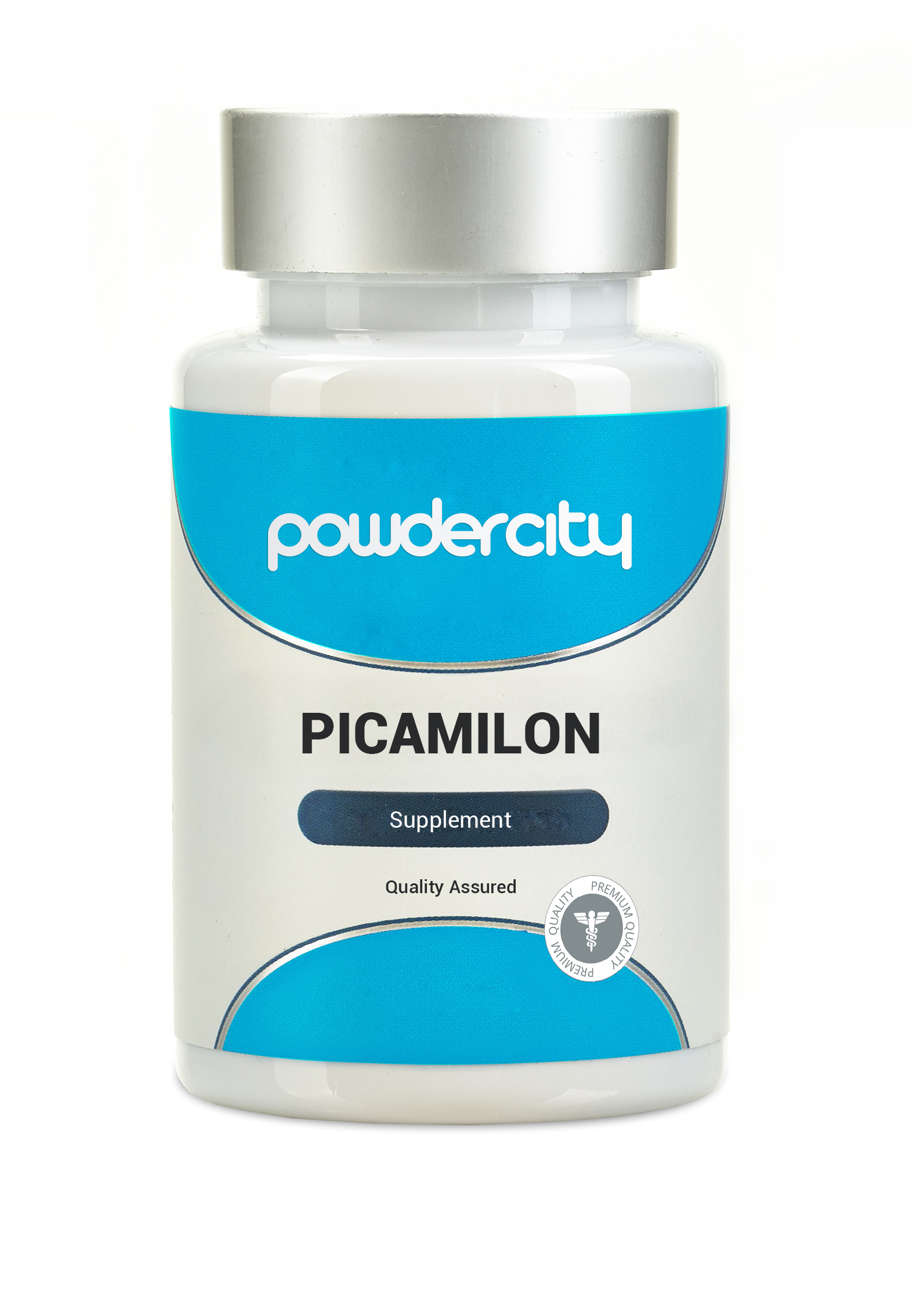