Modafinil is a “smart drug” [1], with the FDA approving its use for narcolepsy treatment in 1998. In 2004, its range of approved uses was extended to obstructive sleep apnea and sleeping problems caused by shift work. [2].

Modafinil was developed as an anti-narcolepsy drug to help with various sleep disorders. [21] [22]

Modafinil may improve alertness in shift workers [3]. Modafinil decreased sleepiness significantly and improved the CGI rating in 33 patients across 3 different sleep centers over a period of 3 years. The number of daytime naps and the duration of sleepiness during the day also reduced sharply. [4]

May be effective to treat ADHD

Modafinil was found to be as effective as methylphenidate, while offering equivalent performance to dexamphetamine in adult ADHD treatment [7]. Modafinil, in children and adolescents, showed improvements in ADHD symptoms and behaviors as observed by parents, teachers and investigators. [8]

Modafinil caused a significant reduction, and augmentation, in fatigue and a full or partial remission in patient depression. [9]

Modafinil affects the dopamine neurotransmitter, affecting the reward centers of the brain involved in appetite [10]. Modafinil patients are more likely to decrease cocaine self-administration. More research is required to determine the effectiveness of Modafinil to combat cocaine addiction [11].

Researchers using functional magnetic resonance (fMRI) brain imaging highlighted changes in the brain from Modafinil [12]. Modafinil might also increase histamine production and other neurotransmitters that may contribute to wakefulness [13].

Modafinil may work through the release of glutamate in the hypothalamus. [14]. Research shows that Modafinil has a more focused effect on neurotransmitters in the brain [15] [16].

A typical prescribed dosage of Modafinil for narcolepsy is a single, 200mg tablet to be taken in the morning [17]. Two separate doses of 200 mg could significantly improve evening wakefulness. Patients should start with low Modafinil doses [18].

Modafinil with food delays its impact on peak concentration by two to four hours, yet doesn’t impact it bioavailability. Modafinil’s elimination half-life is about 15 hours. [19]

Patients taking Modafinil have experienced mild side effects: headaches, dizziness and nausea [19] [3]. Reports show that only 1% of Modafinil patients complain of side effects [2]. Modafinil can cause a serious rash in patients, including Stevens-Johnson syndrome.

Most cases of Modafinil-induced rashes occurred within 1 to 5 weeks of the start of treatment – isolated cases have been longer. Modafinil dosage should be stopped and medical prognosis sought if a rash appears [20].

Be the first to review “Modafinil” Cancel reply 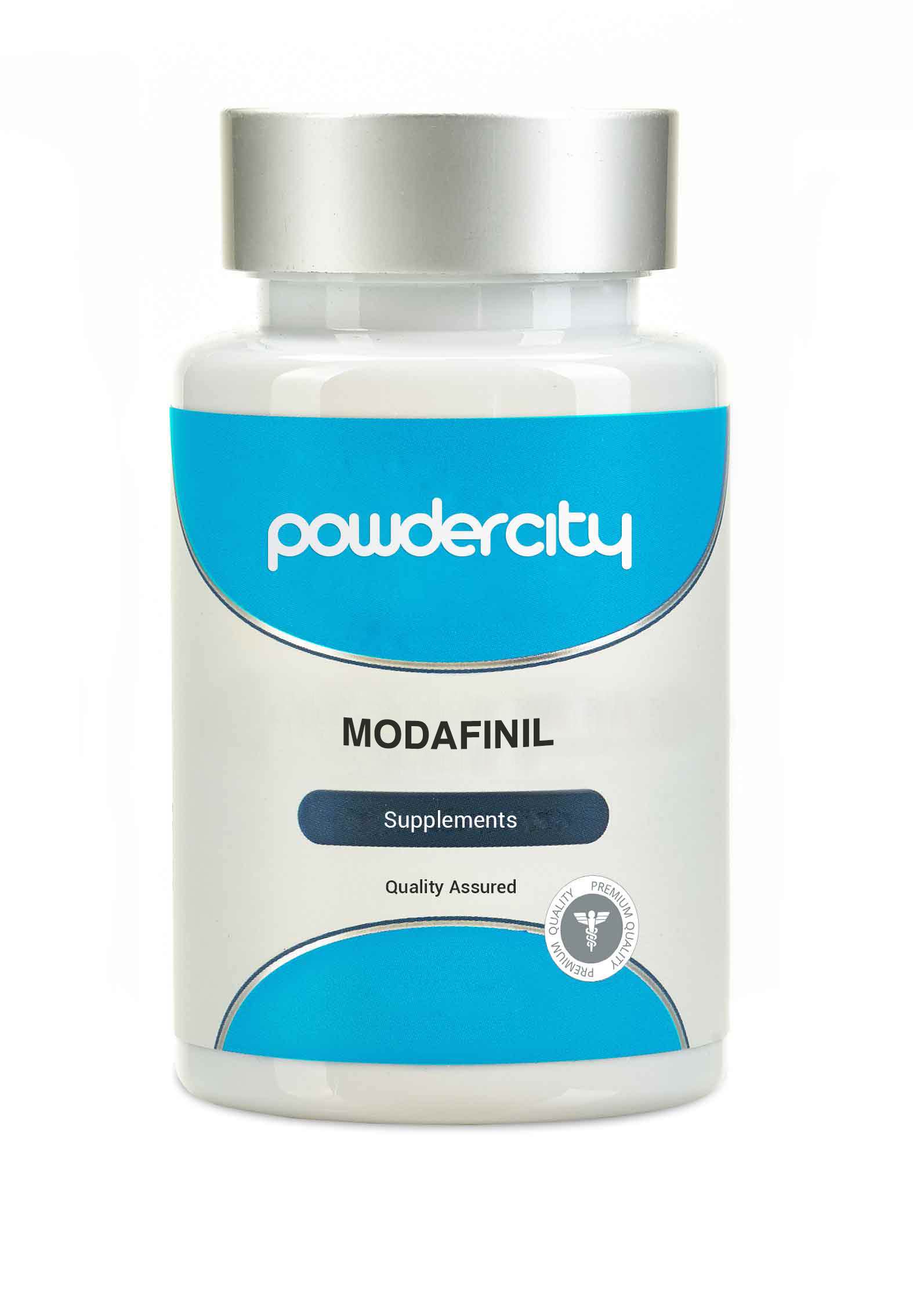