Once consumed, L-theanine rapidly interacts with the intestinal tract, where it is absorbed, as well as being transported into the brain [4;5]. Within 5 hours L-theanine reaches its maximum level, where it then lasts for 24 hours – having exited the kidneys, liver and brain [6].

In a more recent study assessing the effect of L-theanine on patients with depression, L-theanine – in a 250mg/day dose administered over 8 weeks – showed a beneficial outcome in depressive symptoms: anxiety, sleep disturbance and cognitive impairment in all patients [9].

One study found that L-theanine in studying ADHD, given in a 400mg dose to 8-12-year-old boys, was effective in improving sleep quality [10]. Researchers of this study suggested the importance of considering a 400mg, safe dose in treating childhood ADHD [10].

L-theanine was found to improve sleep quality in patients suffering from schizophrenia [11]. An investigation into ADHD-related sleep disorders found that L-theanine did not produce a significant change in total sleep time; however, it did significantly increase sleep efficiency along with a reduction in nocturnal activity [12].

Animal work has found that L-theanine can reduce blood pressure in hypersensitive rats [13]. This has largely been attributed to the way L-theanine interacts with the autonomic nervous syste, (ANS), where it carries out anti-stress activities [13].

Typical doses of between 50-200mg daily is most commonly reported [14]. Studies in rats have demonstrated that up to 4 g/kg per day – considered a high L-theanine dose – had a non-toxic outcome on food intake, body weight and morbidity [7]. Other studies have reported that a high dose of 400mg daily L-theanine is safe, tolerable and effective [10]. In addition, a 200-400mg dose of L-theanine reported a decrease in anxiety and stress in healthy participants [15].

Results of acute and toxicity have shown safety even if a high dose is consumed [5]. Toxicological descriptions have also reported the absence of negative side effects in animal studies investigating L-theanine [4].

Research has consistently used L-theanine and caffeine in low, moderate and high doses. In this manner, it has been shown that 100mg L-theanine stacked with 50mg caffeine has positive outcomes on attention [15].

L-theanine is approved as generally regarded as safe (GRAS) by the Food and Drug Administration (FDA) [8]. In addition, the FDA has suggested that the daily amount of L-theanine should not exceed 1200mg. 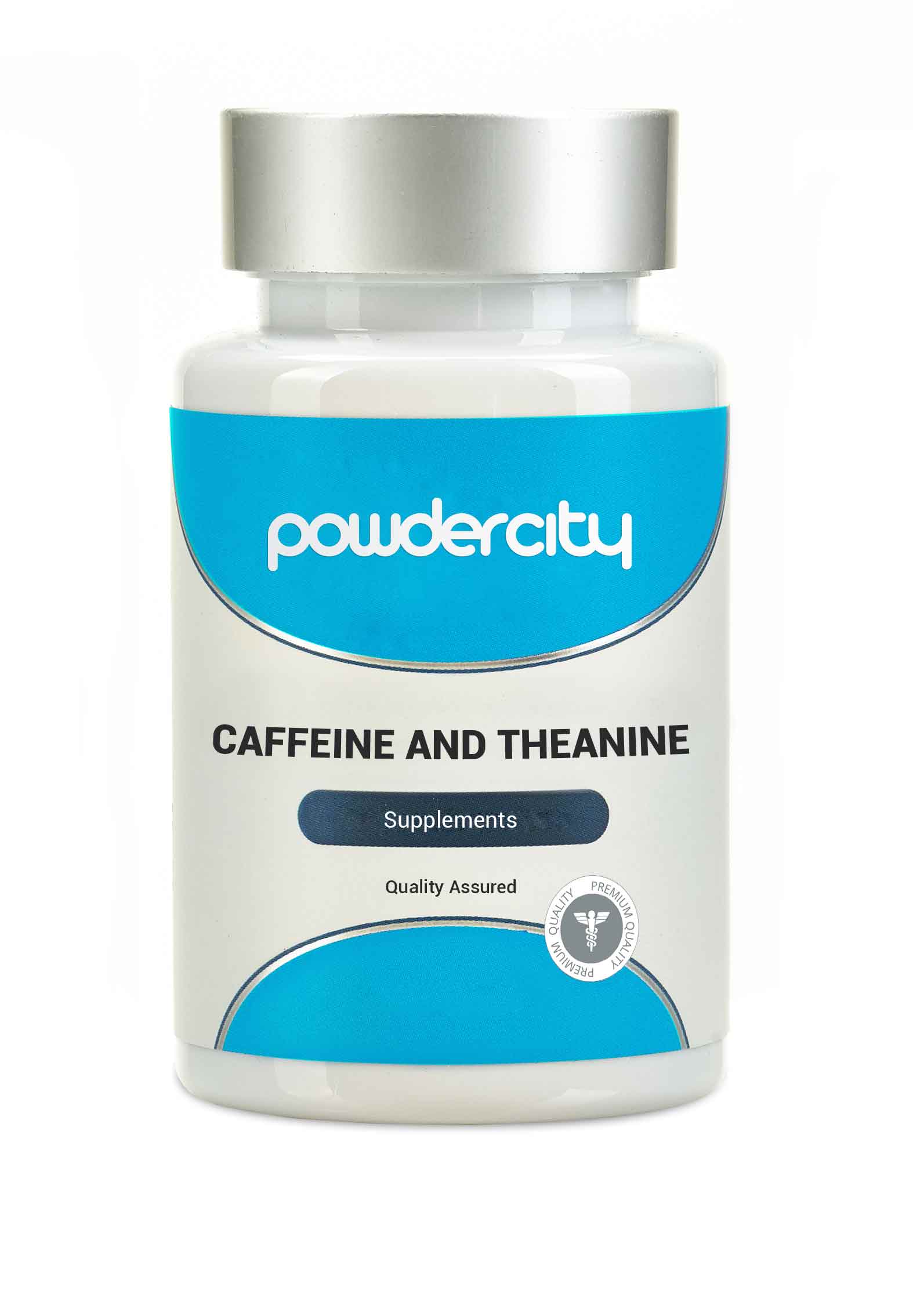