GW501516 Storage Instructions: Store in a cool dry place, tightly sealed, away from heat and light.

GW501516 (Cardarine) is a PPARδ receptor agonist that was previously investigated for clinical use. Studies on this PPAR receptor suggest it regulates transcription factors that control gene expression related to energy usage.  GW501516 is selective with high affinity and very potent. [1]

GW501516 was investigated to help or even reverse problems in the obese, pre-diabetic and those with metabolic syndrome. The PPARδ receptor has implications in improving cardiovascular health, metabolism, and as an anti-inflammatory agent. However, there are some negative effects of GW501516 as well. [1]

The primary benefits of GW501516 relate to improved muscle growth and stamina. After its discovery researchers described it as exercise in a pill.

Activation of PPARẟ via GW501516 drives the development of muscle fibers in mice. These muscle fibers are associated with increased physical performance. They were able to run almost twice as long as other mice, indicating improved endurance. [1]

GW501516 may also benefit the obese. PPARẟ activation via GW501516 may increase the breakdown of fatty acids and increase energy expenditure in muscle. This could help treat obesity. It could protect against weight gain due to diet. [2]

GW501516 may benefit the pre-diabetic. GW501516 decreases glucose output by the liver and increases insulin sensitivity in mice. Thus by driving muscle fiber development in mice, GW501516 creates a resistance to obesity and diabetes. [1, 3]

GSK abandoned further development of the drug in 2007 because testing on rats showed prolonged use caused cancer to develop in several organs. [4] There are not enough studies done on humans to show the same effect. [5] 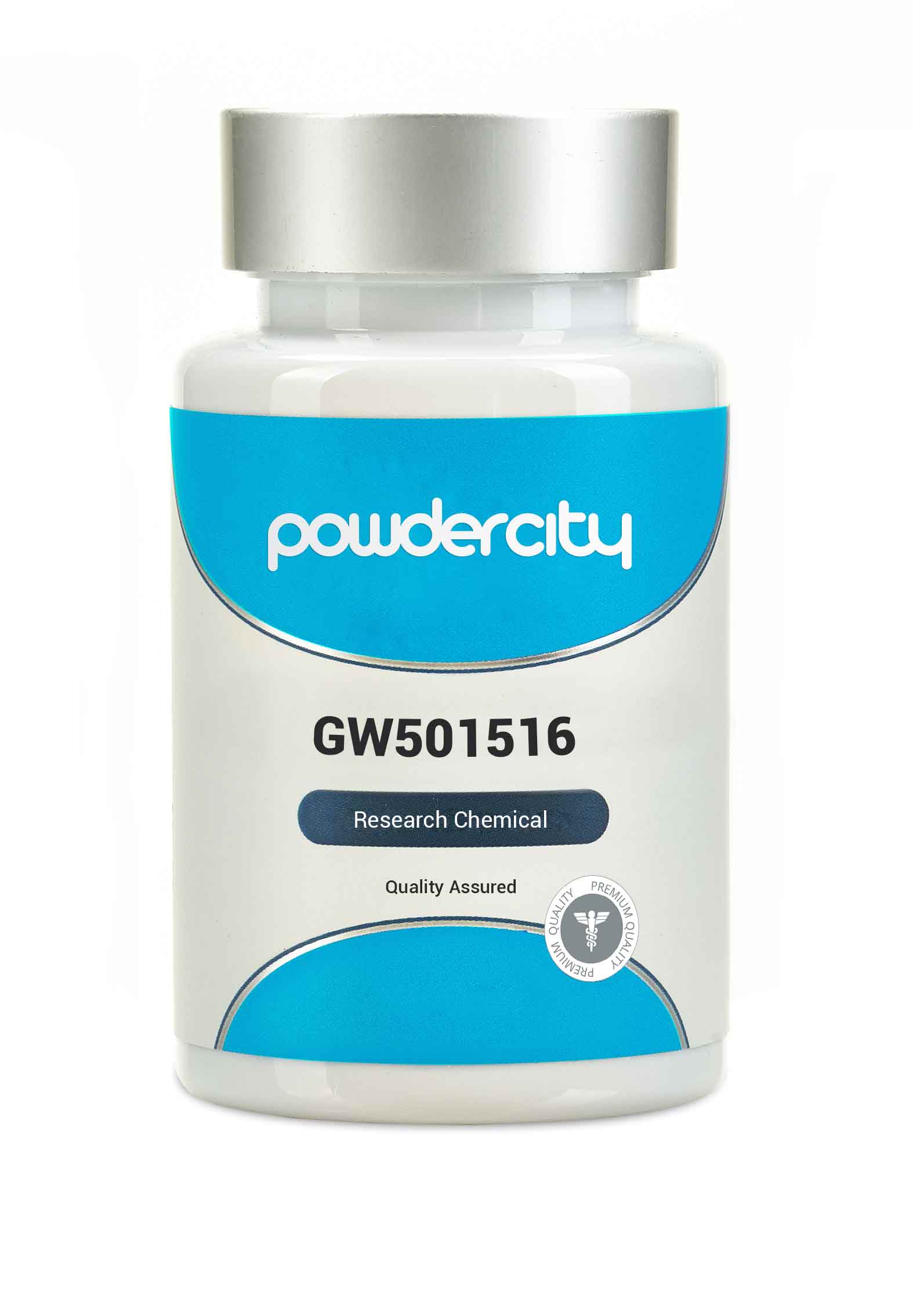