Fasoracetam is a research compound and member of the racetam family of nootropics, primarily known for their cognitive enhancing abilities. Fasoracetam is also an axiolytic and may be able to improve mood as well. This racetam works by affecting three receptors within the brain: acetylcholine, GABA, and glutamate, all three of which are involved in the creation and retention of memories [1, 2].

Side Effects and Benefits

The primary reason that many individuals choose to take nootropics is to enhance their memory in some way. Fasoracetam is able to improve memory as well as act as a neuroprotectant, anti-amnesia compound, and focus enhancer [1, 3]. In rat studies, this compound was able to reverse scopolamine induced amnesia as well as baclofen-induced memory disturbances [1].

Fasoracetam is also able to reduce hyperactivity and improve concentration. Individuals suffering from focus disorders often have metabotropic glutamate receptor (mGluR) mutations (15-20%) [3]. Fasoracetam is thought to help alleviate these problems as it is an mGluR agonist [3].

This nootropic is also able to reduce anxiety and boost mood. This was illustrated in animal trials in which fasoracetam prevented learned helplessness and improved motivation [4]. Learned helplessness trials exemplify how a perceived lack of control or continual unpleasant stimuli negatively impact mood and reduce the will to avoid antagonistic situations.

Another major benefit of fasoracetam is that the brain does not build up a tolerance against it. Numerous nootropics become less effective over time and require users to cycle on and off to maintain efficacy. This nootropic, however, is able to increase GABAB receptors without affecting the binding abilities of beta-adrenoceptors and 5-HT2 receptors [4]. This means each dose is just as effective as the first.

Be the first to review “Fasoracetam” Cancel reply 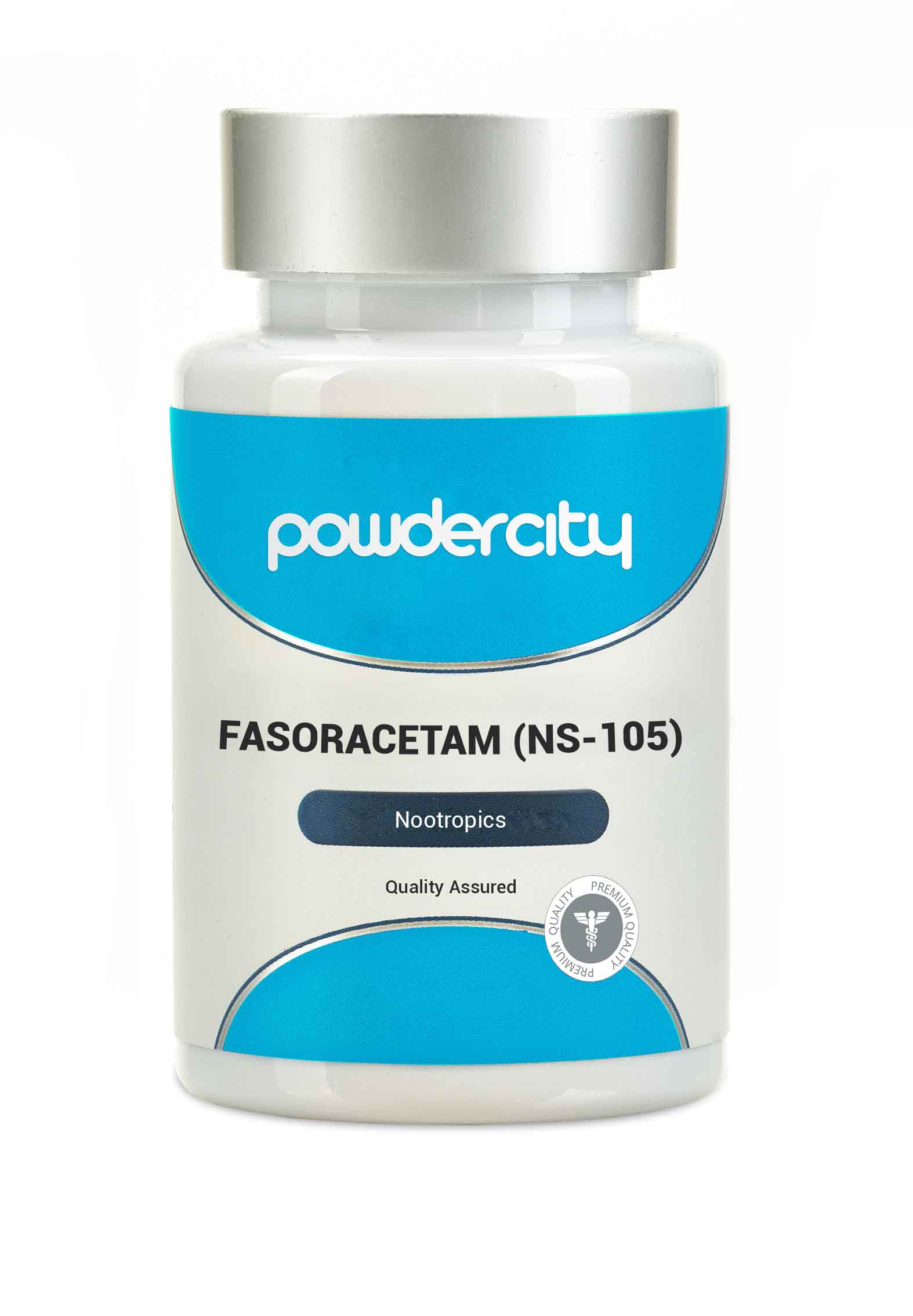