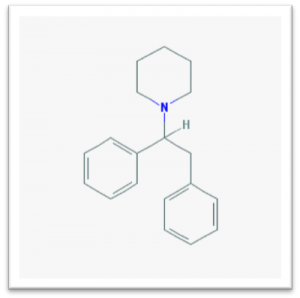 Interestingly Diphenidine was actually first ever described as early as 1924 when Christiaen -conducting a reaction to similar to the Maddox reaction used to first sysnthesise PCP – was using it for a Brulyants reaction.

However, much like many other 1,2-diarylethylamine’s being research at the time, Diphenidine was actually described as part of the same patent seen for Methoxphenidine back in the publication of the patent as early as 1994.

Below is a list of the names inventors for patent Application number EP19890110572. The publication of this patent was April 6th 1994.

Since the first discussion of its use within the above patent, Diphenidine has been sold online as part of the growing dissociative group of research chemicals. As a close relative to Methoxphenidine and other diarylethylamines, Diphenidine has been described as a dissociative anaesthetic and was actually introduced into the grey area market shortly after the UK arylcyclohexylamines ban back in 2013. Diphenidine was later found to be combined within online “herbal incence” blends in Japan mixed alongside synthetic cannabinoids.

Researched as an investigative medicine, it does have some history of both in vivo and in vitro use as an NMDA receptor antagonist and as an investigative treatment for neurotoxic injury. Interestingly, Diphenidine research has shown that it acts on the dopamine transporter, unlike related compounds. Diphenidine has been found in Electrophysiological studies to have a reduced amplitude NMDA-mediated fEPSPs than that of Ketamine with a markedly slower onset of action. Further, research in 2016 found that Diphenidine does, in fact have some small affinity for the σ1 receptor, σ2 receptor dopamine transporter.

Below is a curated list of some of the most notable Diphenidine research publications:

As a dissociative chemical with structural similarity to Methoxphenidine, Diphenidine is lacking the 2-methoxy substitution on the phenyl ring.

Diphenidine would act as a normal NMDA receptor antagonist, however, some online reports have stated there maybe some dopamine, seretonin or even opiate action to this compound.

There has not been any official receptor affinity testing at these receptors so any talk of this action is purely based on subjective hypothesise or anecdotal chemical predictions.

There is some talk of Diphenidine being a strong NMDA receptor antagonist during neurogenesis. However, this is yet to be established in publications.

Samples of Diphenidine to purchase online may be used in the following scientific applications.

Diphenidine has been discussed online for those looking to discuss the anaecdotal Diphenidine trip reports, experiences or subjective effects. Commonly, the online discussion has centered around Diphenidine dosage or route of administration (such as insufflation).

Other reports have looked to see if a Diphenidine drug test would identify it as a potential Ketmine analogue within the blood stream.

Forum links to anecdotal discussion by those who are able to buy Diphenidine crystals online.

Be the first to review “Diphenidine” Cancel reply 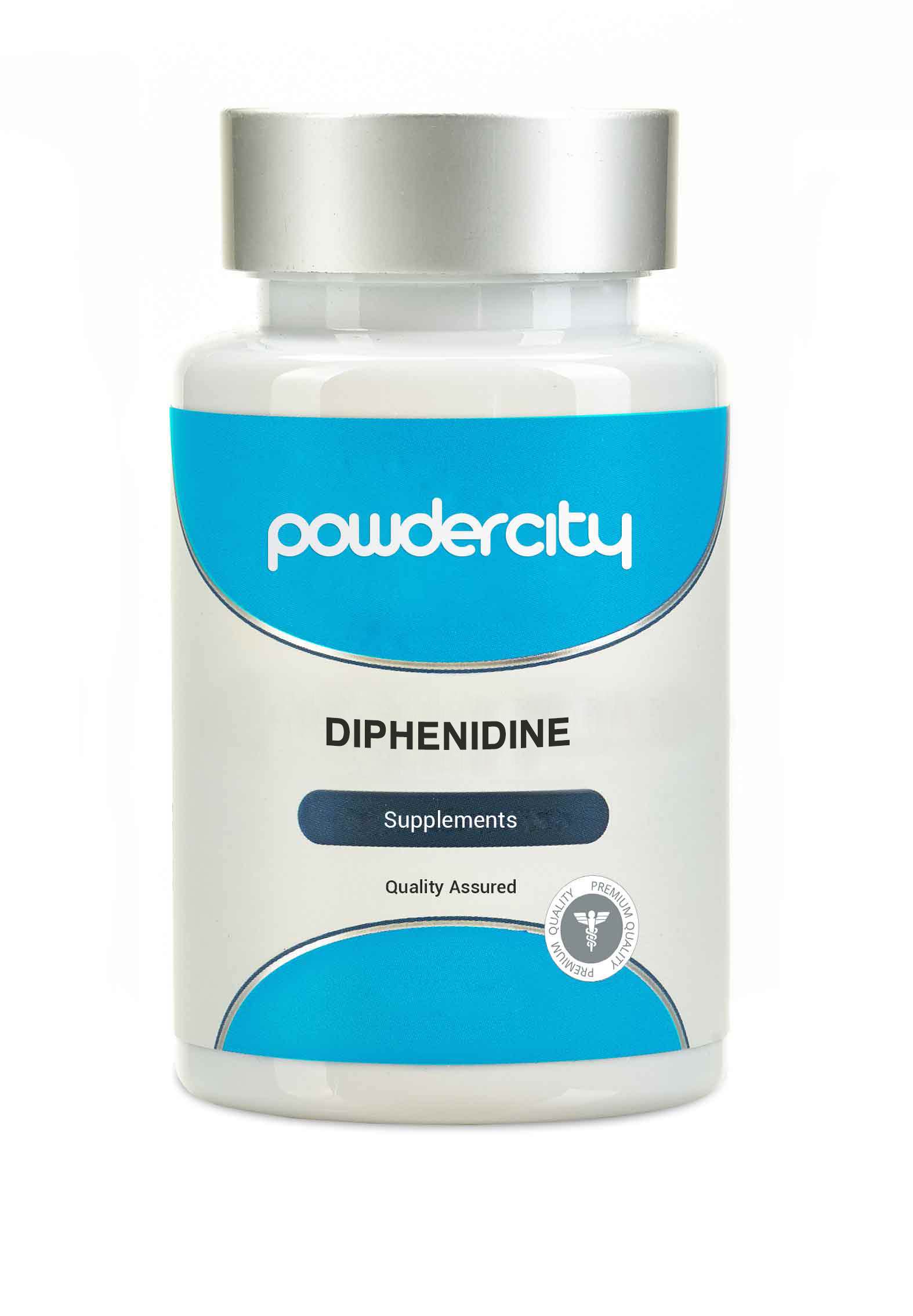