Citrulline Malate has been used for medicinal purposes in Europe for more than 20 years. Its original use was as an antiasthenic, for treatment of patients with fatigue and muscle weakness. [1]

Citrulline Malate increases the rate of muscle ATP while exercising. Sugar and fats are burned up in muscle cells under the influence of weak amino acids. Citrulline Malate helps this process keep going thus improving endurance. [1]

Improves protein absorption in the aged

Citrulline improves the protein metabolism leading to higher protein synthesis and muscle content. Further studies are needed to further evaluate this mechanism of action in humans, but initial signs are promising. [4]

One study in particular reports that half of the subjects reported an improvement in their erectile hardness. Citrulline Malate may influence the action of enzymes that inhibit the flow of blood to the penis. [5]

May improve cognitive performance in athletes

The ‘Malate’ of Citrulline Malate works on the Krebs cycle in the body. This cycle is primarily involved in the conversion of oxygen to energy. Malate seems to reduce the effects of excess ammonia that builds up during exercise. It also uses lactic acid to make pyruvate. Aerobic metabolism continues freely, producing more ATP and therefore reducing fatigue. [7]

Studies show that an optimum dose of Citrulline Malate for improved exercise performance is about 8 g per day. However, from about 3 g per day effects are already noticeable. [7]

Citrulline Malate should not be taken with medication that treats high blood pressure. [8]

On the other hand, Citrulline Malate may cause a sudden drop in blood pressure when combined with drugs like Viagra and other PDE-5 inhibitors. [8]

If you are already taking medication for a heart condition, it is also advisable to check with your doctor before adding Citrulline Malate to your diet. Its pharmacological action on the heart and arteries could put you at risk. [8]

Citrulline Malate is especially useful as part of a high-level training regime. A typical stack may look like this [9]:

A BCAA, Arginine and Citrulline stack has been shown to improve cognitive and exercise performance in tournament athletes. [6]

Be the first to review “L-Citrulline Malate” Cancel reply 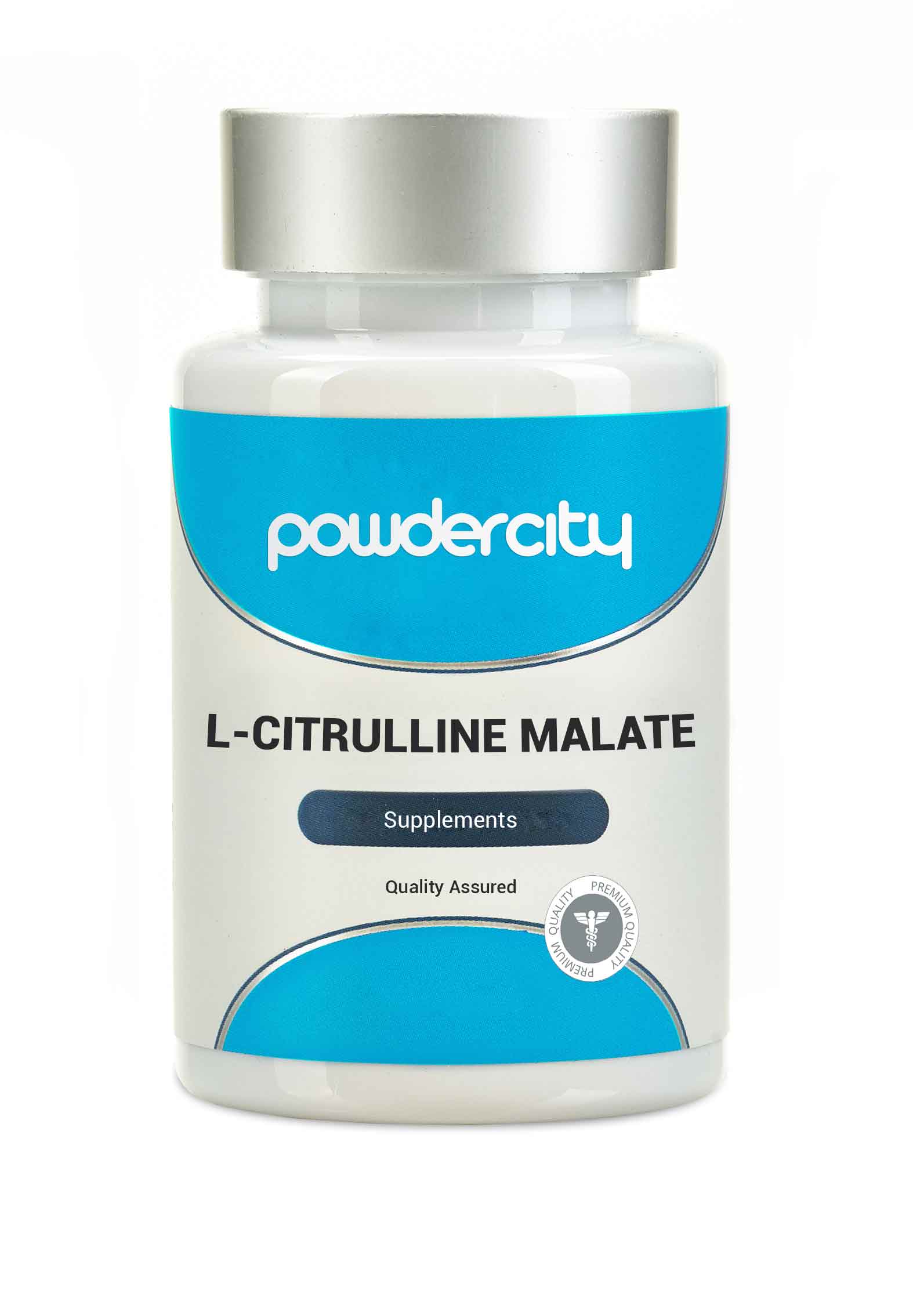