Choline is an essential nutrient often grouped with the B vitamins. It is found in certain foods such as eggs (the yolks in particular), fish, and broccoli. While choline can be obtained from food sources, many individuals do not get an adequate amount of choline from their diets [1]. This is especially true for post-menopausal women. [2]

Choline acts a precursor to the neurotransmitter acetylcholine. Acetylcholine is involved in learning and memory which is why choline is often used as a nootropic. [3]

What is Choline Bitartrate?

Choline bitartrate is formed when choline is combined with tartaric acid. This increases its bioavailability, making it more effective. Choline bitartrate is one of the more popular choline sources as it is more economical than other choline sources. It is considered a cholinergic compound as it increases levels of acetylcholine within the brain. Choline is often paired with other supplements that enhance the effects of acetylcholine for maximum benefits.

Choline bitartrate is most often used as a nootropic as it directly affects memory formation. However, choline”™s benefits are amplified when combined with other supplements.

Choline oxidizes into TMG. [4]This is significant because TMG helps support methyl donation. Methyl donors help the brain produce a number of chemicals needed to improve mood, concentration, and more. One study showed that inhibiting methylation negatively affects cognition. [5] Choline is just as capable of increasing TMG levels as TMG is itself. [6,7]

Choline deficiency has a number of negative ramifications, particularly for the liver. Supplementing with choline can help your liver function at optimal levels. [8]

The recommended dosage of choline bitartrate is 500mg once per day.

Be the first to review “Choline Bitartrate” Cancel reply 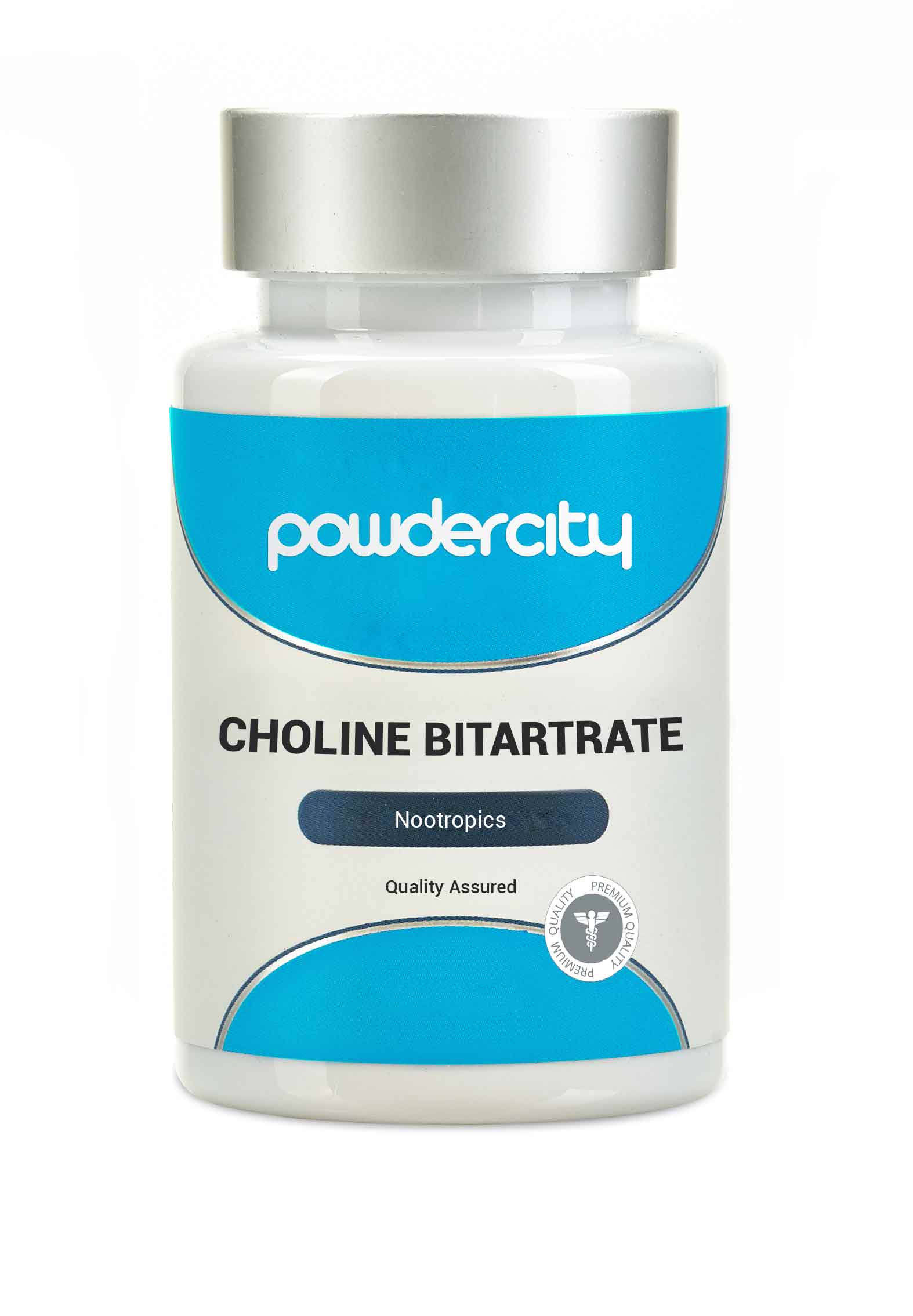