Centrophenoxine is a nootropic supplement that was initially marketed as a drug for the treatment of dementia, senile squalor syndrome, Alzheimer’s disease, and other age-related cognitive disorders. [1]

Centrophenoxine is made up of: dimethylethanolamine (DMAE) and 4-chlorophenoxyacetic acid (pCPA).

Delaying the Effects of Ageing

Long-term treatment with centrophenoxine reduced the accumulation of lipofuscin in human cells in vitro. [2] Lipofuscin is an age pigment that is indicative of cellular aging. [3]

The prolonged intake of centrophenoxine diminished symptoms of anxiety and depression in elderly patients with dementia. [9]

Removing Waste and Toxins in the Brain

Centrophenoxine may have neuroprotective benefits. Centrophenoxine fights off oxidative stress by reducing the concentration of free radicals in the brain. [10] Administration of centrophenoxine also triggered an increase in antioxidative enzyme activity in several regions of the aging rat brain. [8] [9] [11]

Centrophenoxine is a cholinergic as it stimulates the production of acetylcholine in the brain by preventing its uptake by other organs in the body.[12] Acetylcholine has been associated with improved cognition, including memory, concentration, and learning. [13] [6] [9]

Centrophenoxine has also been reported to stimulate brain activity by accelerating glucose metabolism in the brain. [8] [15] Glucose is an essential metabolic fuel for the brain. [15]

The recommended times to take centrophenoxine are in the morning after breakfast and in the afternoon after lunch.

Centrophenoxine contains DMAE, which is known to cause birth defects in pregnant women. Centrophenoxine should not be used by women of childbearing age.

Some users have reported mood disorders following supplementation with centrophenoxine. [14] If you suffer from anxiety or depression, it is best to steer clear of centrophenoxine entirely.

Be the first to review “Centrophenoxine” Cancel reply 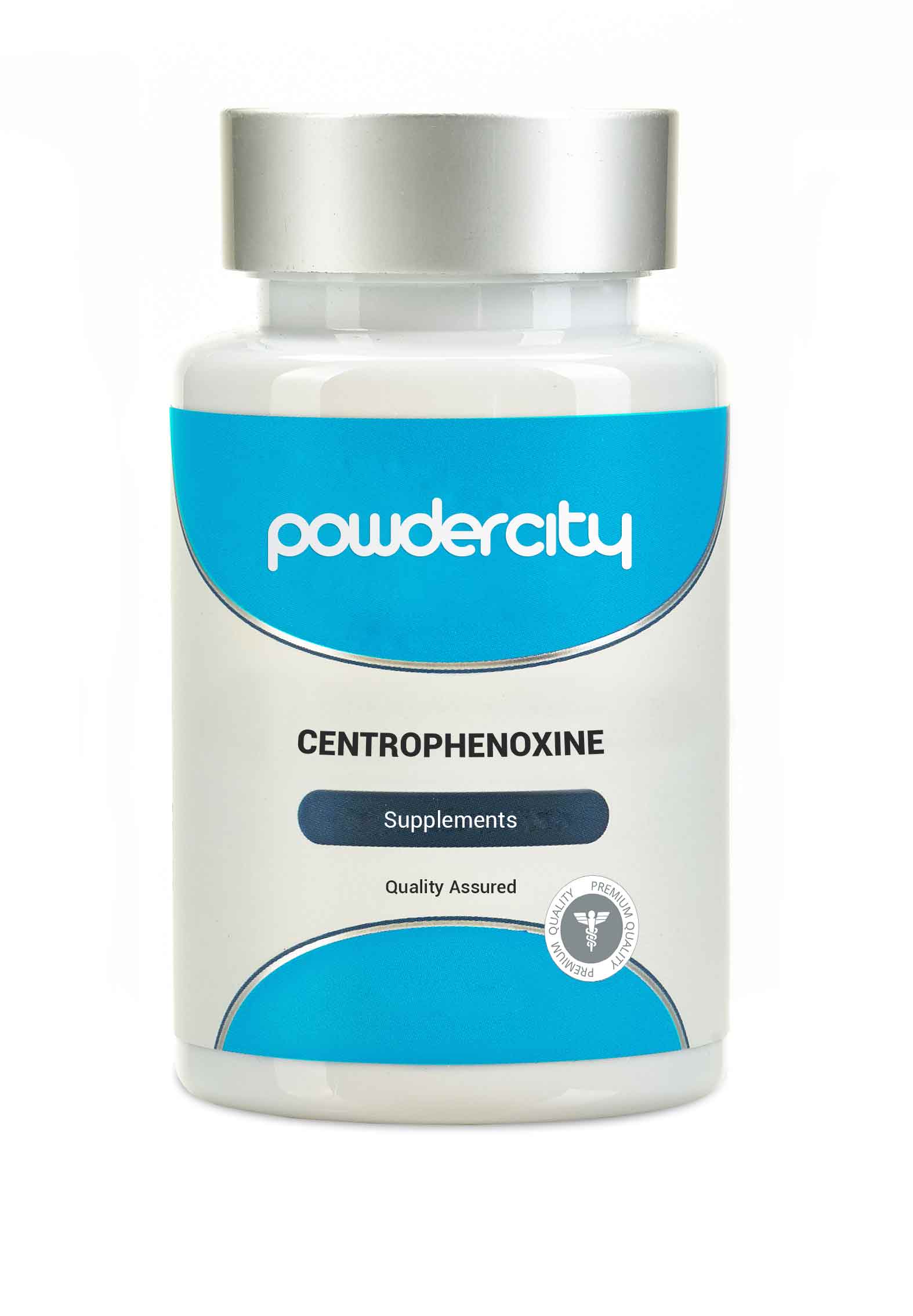