Perhaps the most widely used drug in the world, caffeine is a naturally occurring plant compound that belongs to a group of stimulants called methylxanthines.

By increasing metabolism and breaking down stored fat, caffeine can help with weight management. [3]

A moderate dose of 200-250mg can improve mood for up to three hours; however, larger doses may also increase anxiety. [4] [5]

Caffeine’s neuroprotective properties may help prevent Parkinson’s disease even in patients with a genetic predisposition. [6] [7]

Lowering Risk for Dementia and Alzheimer’s

Caffeine suppresses production of amyloid beta, which is associated with Alzheimer’s. [8] Drinking 3-5 cups of coffee daily has been correlated with decreased dementia risk. [9] In one study, individuals who regularly consumed high to moderate doses caffeine consistently outperformed non-users on memory recall tests. [10]

In a study of patients with fatty liver disease, those who drank caffeinated coffee had less severe liver scarring than their non-coffee-drinking peers. [11] A dose of 100mg daily may also prevent liver tissue scarring in hepatitis C patients. [12] Drinking coffee can help prevent cirrhosis, but other sources of caffeine haven’t demonstrated the same benefit. [13]

Caffeine temporarily opens airways, which can help relieve symptoms of asthma and bronchitis. [19]

Moderate caffeine intake may lower women’s risk for developing type 2 diabetes. [20] Studies suggest that the same may be true for caffeine and kidney stones. Some people use caffeine for tinnitus and gout prevention treatment. [21] [22] [23]

Caffeine stimulates the sympathetic nervous system by blocking adenosine receptors. [24] It also binds to phosphodiesterase receptors, which causes widening of blood vessels and breakdown of fat. [25]

Caffeine Anhydrous is a quickly absorbed molecule that efficiently transports throughout the body. Caffeine levels begin to rise as quickly as fifteen minutes after ingestion and don’t reach their peak until forty-five minutes later.

Doses of 225-360mg tend to be most effective for enhancing physical performance while 100-600mg is the recommended range for improving mental performance. [26] Caffeine’s half-life is typically around five hours. [27]

Caffeine overdoses are uncommon, but caffeine poisoning is possible with amounts over 1 gram. Over 5 grams of caffeine is a lethal dose. Caffeine overdose symptoms include dehydration, nausea, fever, delirium and seizures. [28]

Caffeine’s side effects include restlessness, anxiety, light-headedness, flushed face and increased urination. Excitability as well as rambling thoughts and speech are also common. [28]

L-theanine, which has become one of the more popular caffeine alternatives, can be combined with the real deal to enhance alertness and cognitive performance better than either substance alone. A study of healthy young adults found that taking 97mg of L-theanine and 40mg of caffeine together improved subjects’ ability to focus on complex cognitive tasks. [29]

Be the first to review “Caffeine” Cancel reply 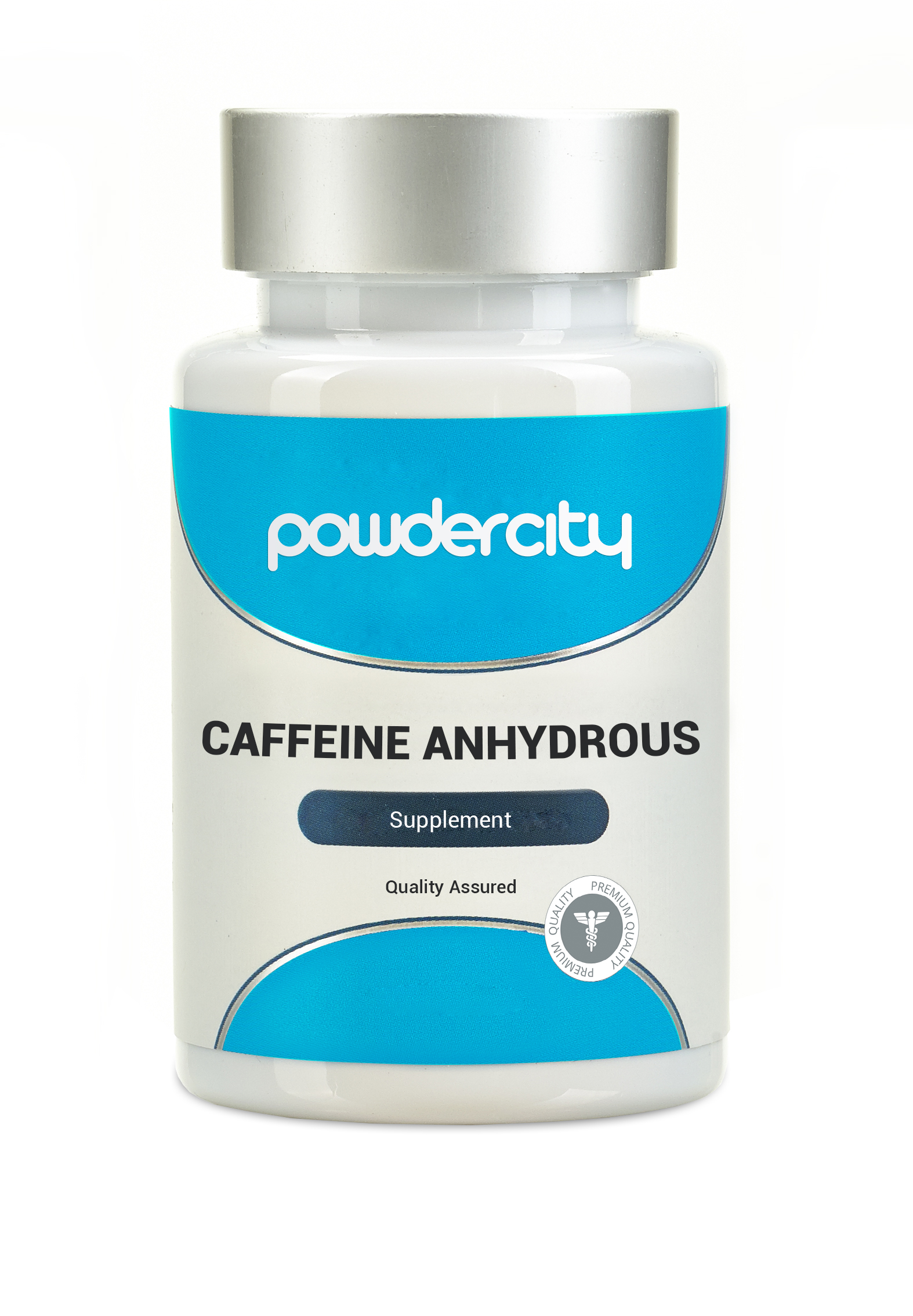