Bromantane is a adamantine derivative originally created to stimulate the immune system. Alongside this mechanism, it has been used by Russian sportsmen and soldiers since the last 1980’s. In 1996 however, it was included in the list of International Olympic Committee’s banned substances shortly upon learning that it is being used by some athletes to gain an advantage over other players.

Bromantane is also known by its other names such as Ladasten, Bromantan, and N-(4-bromophenyl) adamantan-2 amine. It is a very unique synthetic agent primarily because it has the anxiolytic and stimulating properties. It has also been identified to be effective in promoting mental relaxation when under this substance. Other than this, it is believed that bromantane has potent nootropic properties. Stimulants such as bromantane are used to enhance cognition, promote increased energy, euphoria, alertness and motivation.

Bromantane is a unique stimulate primarily because of ability to serve as an anxiolytic and stimulation. It is also known to act as a serotonin and dopamine reuptake inhibitor leading to an increased in the levels of dopamine and serotonin neurotransmitters in the brain. It enables its user feel energetic, euphoric for some time and motivated. One study further shows that it may be effective in reducing the symptoms of asthenic disorders [4], [7].

Bromantane works through acting as a serotonin or dopamine reuptake inhibitor. As a serotonin or dopamine reuptake inhibitor, it basically helps in increasing the levels of both dopamine and serotonin found in the synapses of nerve cells. Bear in mind that nerve cells are able to communicate with each other through sending dopamine and serotonin neurotransmitters to the nerve cell synapses or fluid filled spaces present in between them. When more and more neurotransmitters are left between these fluid filled spaces, more of them bind with the receptors to exhibit several effects including motivation, euphoria and energized. This beneficial effect of bromantane is further related to its ability in improving the levels of serotonin metabolites – 5-HT and 5-HIAA in the frontal cortex of the brain. This shows that bromantane is able to exhibit its beneficial effects through increasing the activity of serotonin. As a direct result, this potent stimulant is able to make its users feel more euphoric, motivated and energetic for a specific period of time. It also helps in promoting better memory, planning, attention and focus [2], [4], [5].

This substance is also able to exhibit anxiolytic properties through improving mediation of (GABA) [7]. In one study, bromantane was further shown to help in improving vigilance, productivity and motor performance of health adults. This study revealed that even a single dose administration of bromantane could help in psychological parameters and EEG results of its users [6].

Be the first to review “Bromantane” Cancel reply 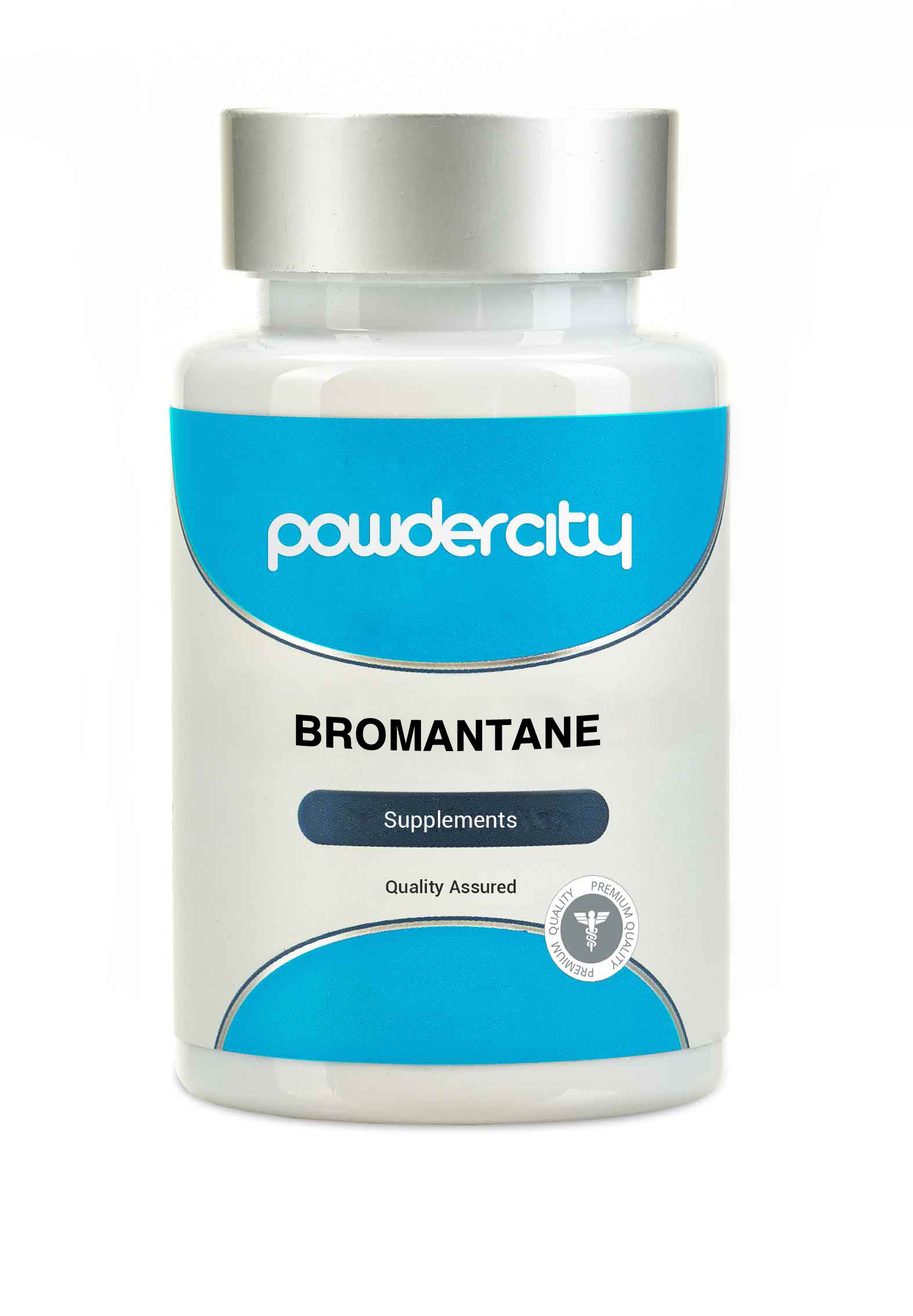