A History of Nootropics

It may seem as if nootropics have only been around for a short time, but the fascination with cognitive enhancing substances is an old one. In fact, the relationship between humans and psychotropic compounds began thousands of years ago.

The use of psychoactive compounds in one form or another is not some unique contemporary situation of our modern society. Their usage happens to be a universal phenomenon spanning every culture and nation, past and present.

Evidence of nootropics use dates back as far as

It is unclear when or how we first discovered that plants and fruits had the potential to alter our moods and thoughts, but evidence of their use dates back as far as 10,000 years. Ancient man realized certain plants promoted changes in thinking and in his perception of reality. If the term nootropics had been around then, it would have been the perfect word for identifying the plants ancient people used.

Researchers speculate that the drawings of these cavemen represented their everyday world. What is interesting is their drawings match patterns that other humans created in recent tests while in mind-altering states. We know this thanks to Turing Instabilities—neural patterns observed under hallucinogenic influence.

It seems that cavemen liked to take their brain supplements as a part of rituals, allowing them to create meaningful images seen during their altered states [1]. Enthusiasts of modern day smart drugs can relate. 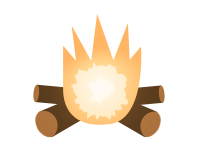 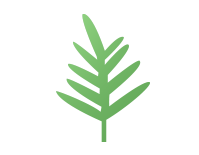 A group of researchers dated some of the earliest psychonauts as far back as prehistoric man. Ernst Junger coined the term psychonaut, which is a person that immerses himself or herself by choice in an altered state of being in search of improvement. In South America, researchers discovered bowls used to prepare hallucinogenic drugs and tubes for inhaling fumes or powders. The use of such paraphernalia for inhaling drugs is well-known, but the age of the bowls shed new light onto how long humans have been seeking altered states of mind. These objects dated back to between 100BC and 400BC [2].

Over time, the more familiar we became with certain compounds and the more science advanced, we were able to refine plants like tobacco into more potent substances like nicotine [3].

Cultures around the world have had their own version of nootropic like substances: the Chinese are known for Ginkgo Biloba while Indians are known for Ayurvedic adaptogens. Yet in those thousands of years that we have been advancing in the science of psychotropes, advances in the effectiveness and use of these ancient brain supplements seemed to crawl along.

While these compounds have had a long-standing and important role in the history of humanity, it wasn’t until recently that we were able to create and optimize nootropics for thought enhancement, memory, and mental improvements.

As much scientific advancement seems to happen, this came by way of a giant leap forward during the 1960s. While Timothy Leary was working with the theory that psychedelics were man’s answer [4], chemists in Belgium were working to expand consciousness in their own way. They hoped to do so by synthesizing a derivative of the body’s major inhibitory neurotransmitter GABA. In that moment, piracetam was born.

On the surface, Piracetam was a failure. These scientists were trying to create a GABA like compound that could cross the blood-brain barrier. The goal was to induce GABA-like effects, such as relaxation and a reduction in stress. 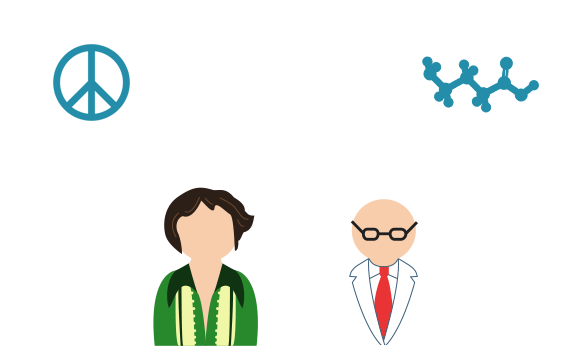 Dr. Giurgea coined the term nootropics. It comes from the Greek ‘noos’ meaning mind and ‘tropein’ meaning towards or to bend. This is an appropriate name for something capable of changing the shape of the mind and its very thoughts.

Since that genesis, scientists examined piracetam, the prototypical racetam, in countless studies. Outside of the US, it is often used as a pharmaceutical for the treatment of cognitive impairment [5]. Scientists have since created aniracetam and oxiracetam, both analogues of piracetam and members of the racetam family. Most studies done on nootropics have involved these three smart drugs. However, they are just a tiny portion of the nootropics studied since piracetam was first discovered. There are several other members of the racetam family such as pramiracetam and coluracetam, as well as several other families including acetylcholinesterase inhibitors.

Thanks to having the ability to access a world of information at our fingertips, more and more people are becoming educated about these once obscure compounds and using them to improve their lives.

What are nootropics used for these days?

As studies have shown, individuals use nootropics to enhance memory, cognition, mental energy, and focus far beyond regular capabilities while improving mental health and functioning [6]. In a world where everything is fast-paced and vying for your attention, having the mental ability to ignore distractions and zone in with greater mental clarity and ability is less a desirable ability and more a necessity to succeed. For many of us, nootropics are the key to productivity and mental acuity that would elude us otherwise [6].

Nootropics are also used to promote neuroprotection and reverse mental deficits [7, 8], and for improving mood, reducing stress, and increasing self-control [9, 10, 11].

Research on nootropics is ongoing, but the vast majority focuses on newer compounds. In the studies that are available, there is an abundance of research on substances like piracetam. However, there are plenty of compounds that could use a few more studies.

Because of that, discovering the full potential of nootropics falls on the shoulders of biohackers—people looking to “hack” their mind in the pursuit of mental and physical optimization.

If you visit nootropic forums, somebody usually digs up an old study about a promising compound, and interest sparks like wildfire. If there are enough benefits to negate any concerns, somewhere down the line the compound makes its way into the subjective world of research for newer nootropics.

Potential benefits, side effects, and optimal dosages are taken from scientific research. Unfortunately, they can’t be perfected until enough people take the compound and report their experiences.

Even with the limited research, there is enough evidence and user experience available to say the consensus is a resounding yes.

Explore the ever expanding world of nootropics and discover what benefits are waiting for you.

Thanks in part to the movie Limitless and today’s competitive culture, nootropic has become quite the buzzword online. It seems the momentum is increasing more and more what with the attention from publications like The Atlantic as well as support from popular personalities including UFC commentator Joe Rogan and best-selling author Tim Ferris.

Unfortunately, people still tend to associate the term “smart drug” with prescription medication like Adderall. However, with a fan-base comprised of highly-competitive young adults, it’s only a matter of time before this demographic boosts the demand for smart drugs and helps usher nootropics into the mainstream and into a category all its own. 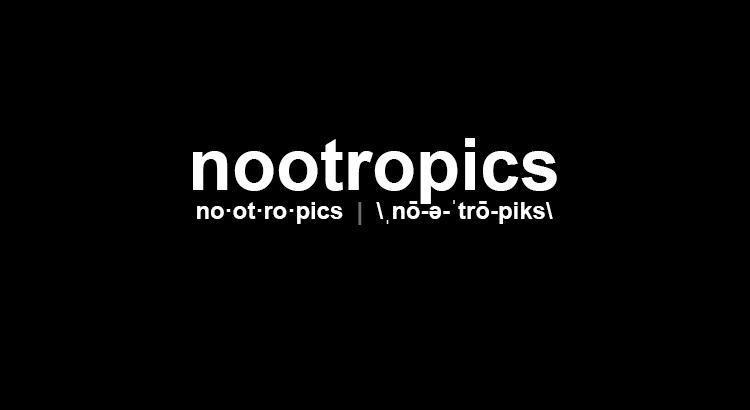